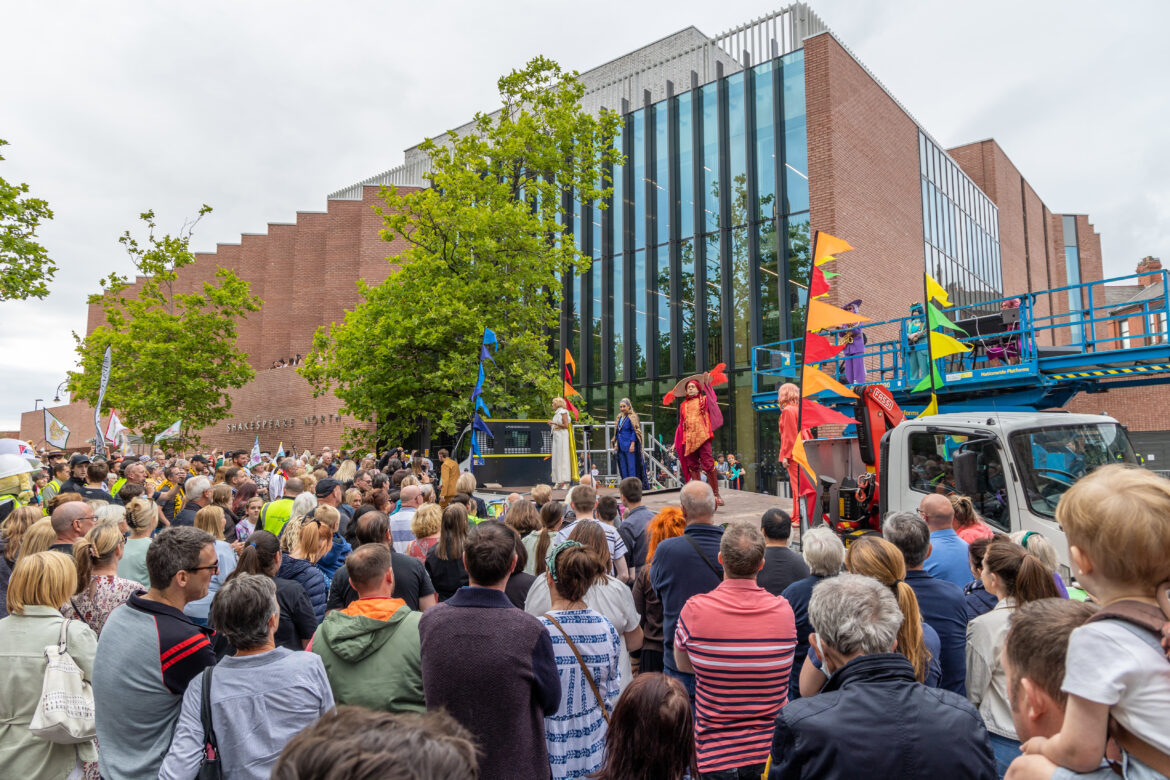 Shakespeare North Playhouse pulls in the crowds for opening up weekend

On Friday 15 July the Shakespeare North Playhouse opened to the public. Across the entire weekend the playhouse welcomed more than 7300 people through the doors to explore the new space and all it has to offer.

The weekend got off to an incredible start with All the Joy You Can Wish – a huge community parade and celebration outside the playhouse as part of Knowsley’s Borough of Culture celebrations. This event attracted more than 1500 local people. Alongside those cramming the streets outside the playhouse, the opening and events were seen by a further 6.6 million on local and national news.

After a thrilling start to the weekend, celebrations continued with 92 separate performances and events taking place and more than 1800 people joining the tours of the building. The playhouse team were supported by an army of volunteers who gave more than 200 hours of time over the opening weekend alone.

“What an amazing weekend we have witnessed here in Knowsley – I can’t quite get over just how many people got involved and the amazing feedback we have had. It was so lovely to hear so many positive comments and see the joy in people’s faces as they explored this amazing building. It was a very special moment and one that will live long in the memory of everyone who was there.

“Thank you to everyone who helped make this weekend such a success. From the team at the playhouse to all the amazing volunteers, performers and creatives and of course to the public for their support!”

Are you or a loved one missing out on pension credit?