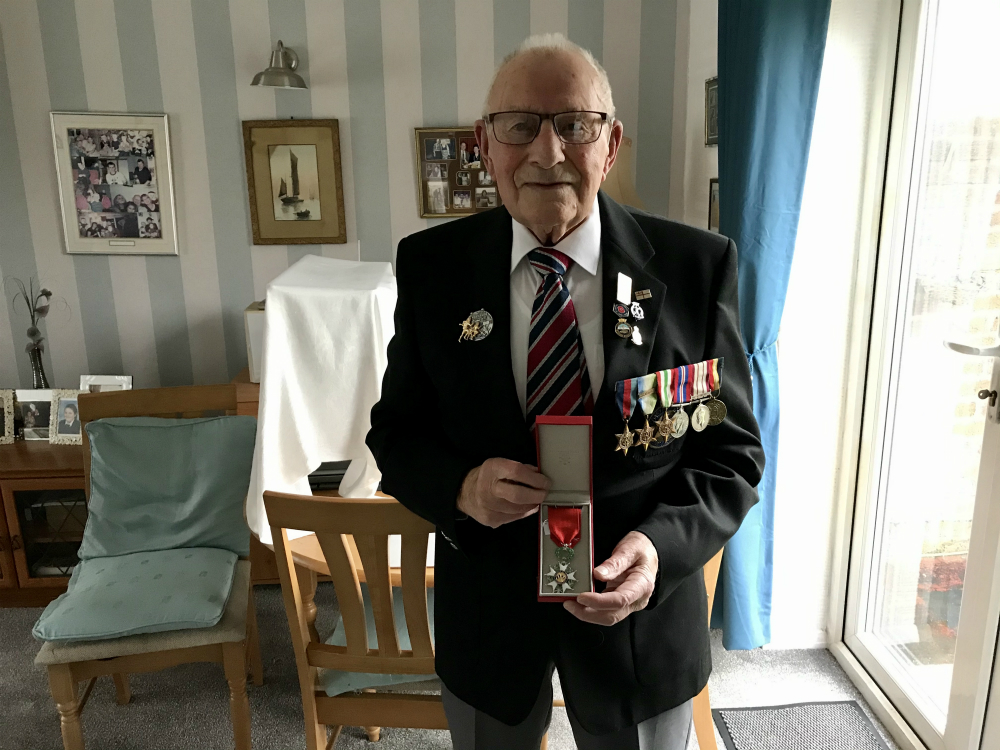 94-year-old George Bleasdale from Huyton has been awarded France’s highest order of merit, the Legion of Honour for his role in 1944’s D-Day landings.

George was just seventeen and a half when he enlisted in the Royal Navy. After just 10 weeks of training, in February 1943 George was deployed to his post in the Light Coastal Forces, serving on a naval Motor Torpedo Boat (MTB) which patrolled the Channel, protecting the Navy’s flotilla from the German’s heavily armed E-boats.

During D-Day, George and the crew of MTB 710 were tasked with escorting the American Rangers to their landing post at Omaha Beach, an event in military history infamously fraught with challenges and set-backs, and in which heavy casualties were inflicted on the Allied forces.

George continued his naval career until 1946, even after his boat collided with a mine leading to the loss of 17 lives. George was one of 14 survivors and one of only 6 of the crew to escape without any injuries.

On the 70th Anniversary of D-Day, in June 2014 the French President announced that the Legion of Honour would be awarded to all British Veterans who fought for the liberation of France during the Second World War.

George, who is partially sighted, was notified of his eligibility and assisted with his application for the insignia by his community support worker from the charity organisation Blind Veterans UK.

More parking for shoppers in Kirkby