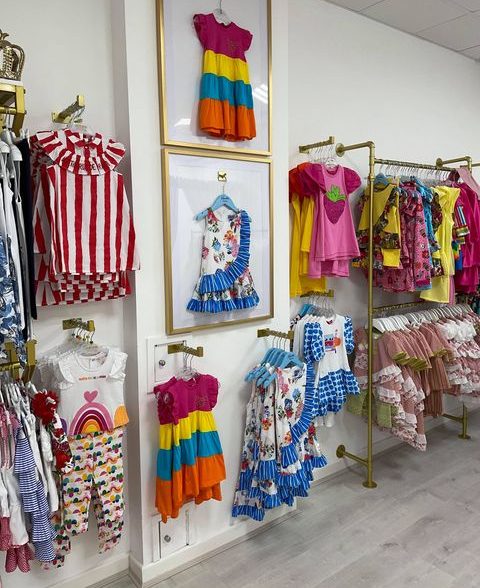 A Kirkby business owner who moved into a larger unit in Kirkby Shopping Centre says the expansion has gone better than she’d imagined after restrictions for retailers were lifted.

Little Angels Boutique, which sells children’s clothing, prams and furniture, moved into a new unit in the shopping centre ahead of the re-opening of non-essential retailers on 12 April.

Little Angels Boutique, which previously had a kiosk in the shopping centre, originally started out as a market stall in Kirkby five years ago and has been so successful in the town they have also been able to open up a second shop in Bootle.

Customers old and new have been flocking to the new shop since its launch earlier this month.

Owner Laura Jones said: “We’ve been really busy, it’s been going brilliantly. We have noticed a massive difference in footfall since opening the new unit. We’ve had great feedback from customers and they’ve told us it’s just what the town needs.

“Our new member of staff has settled in really well and we had a fantastic reaction to our launch event which features characters like Elsa from Frozen and Buzz Lightyear from Toy Story. We’ve done even better than I thought we would since we opened so I’m really optimistic for the future.”

East of Halewood housing developments: For the Record