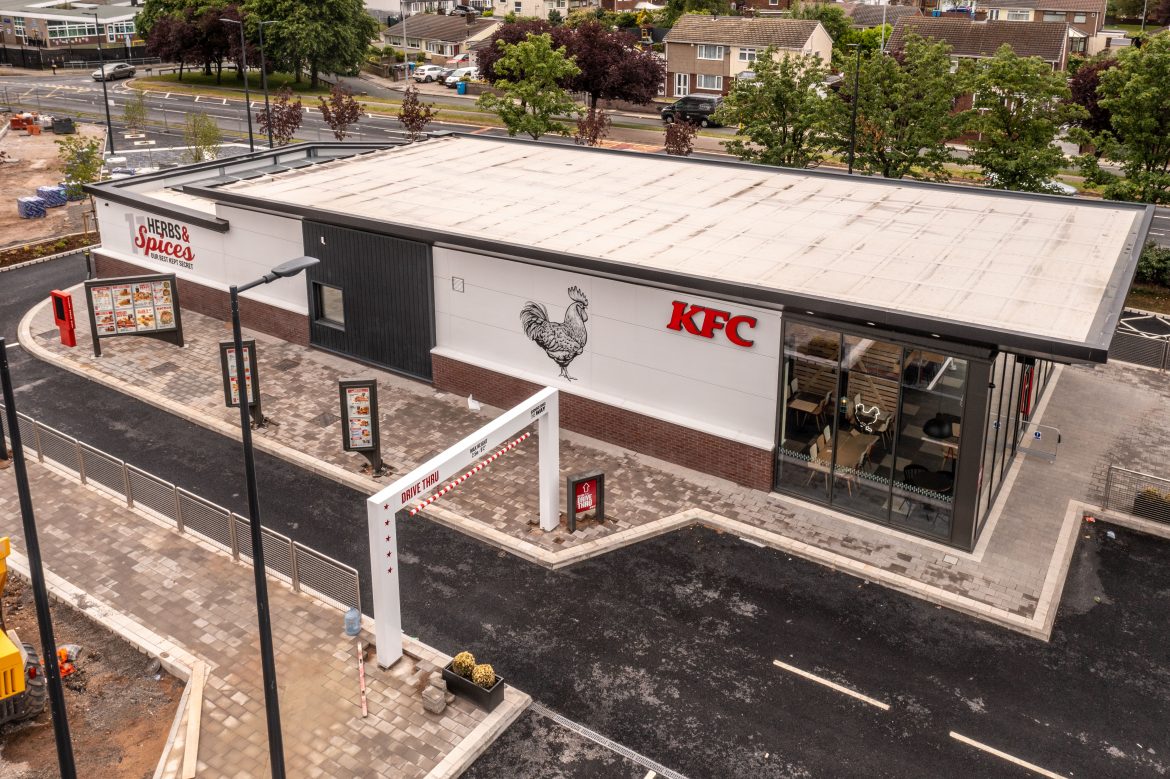 KFC has arrived in Kirkby and opened the doors of its brand-new restaurant for the first time today (Saturday 10 July). KFC forms part of the new retail development in the town centre and is the first outlet to officially open.

The new restaurant offers eat-in, take-out, or drive-through options and is open from 10.30am until 11.00pm seven days a week.  So, whether it’s a famous bucket, a sweet treat, or a vegan option, you can now grab your favourite KFC meal in Kirkby Town Centre.

Also located in the new retail development with be a Morrisons superstore and petrol station, a new Home Bargains store, and a drive-through Taco Bell restaurant.  Internal fitouts are continuing on these units with openings planned over the coming weeks.

Knowsley Council asked residents and businesses last year what they wanted to see in Kirkby Town Centre.  Along with a supermarket, people overwhelmingly wanted a better choice of food and drink establishments, more shops, and leisure facilities such as a cinema or bowling alley – all of which are now in the process of being delivered by the Council in Kirkby.

Councillor Tony Brennan, Knowsley Council’s Regeneration and Economic Development Cabinet Member, said: “KFC is the first new opening of many – it is a tremendous milestone.

The Council took ownership of Kirkby Town Centre only 18 months ago and we have to had to deliver this project while in the grip of a global pandemic.  I’m immensely proud that we have been able to deliver on our promises in such a short space of time, and that we are giving Kirkby residents exactly what they asked for.

“And this is just the start.  More units including the Morrisons superstore are getting ready to open and our plans to deliver the cinema scheme are also well advanced.

“After years of the private sector promising but failing to deliver, it was clear that the retail development would only get delivered if Knowsley Council took over.  Let’s be clear – this was a bold decision to take, and many local authorities across the country just don’t do things like this.  But it was the right decision and now our long-awaited retail development is actually here.”

It’s great to see my home town being developed and having the facilities that residents and businesses want and need.

Invitation to Plant a Tree for the Jubilee