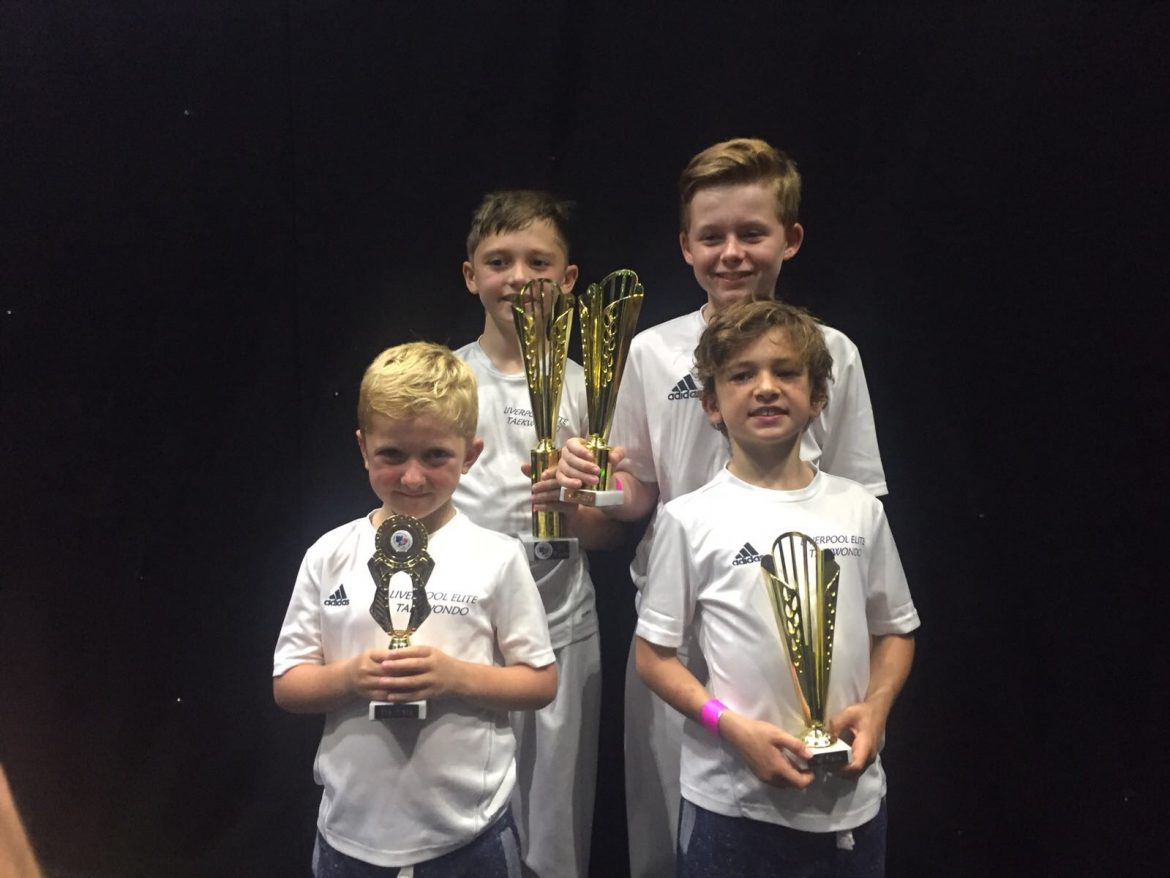 Yet more success for Liverpool Elite

Liverpool Elite is a taekwondo club in Huyton and there’s been nothing but good news for them all year – and the good news just keeps on coming.

Four of the club’s fighters travelled to Barnsley recently to compete in the Ultimate 1-1 and came away proudly clutching three gold medals and a silver medal.

Talent for taekwondo must run in the family for the Platt family in Huyton; first time fighter seven-year-old Alfie won gold and his six-year-old brother Louie who also competed for the first time won silver.

11-year-old Rhys Bowers from Rainhill won gold and is becoming a star in his own right at Liverpool Elite, having won gold at the Yorkshire Open Championships a few months ago.

Lincoln Littler from Prescot also won gold and at just 10-years-old, is also becoming a big name at Liverpool Elite, having previously won a fight in the Ultimate Open in Barnsley earlier this year.

The team’s success has set them up well for the ranking competition in Barnsley that the little fighters will be competing in soon.

Update – The Liverpool Elite fighters came away victorious once again!
The five fighters brought home five medals in total; two gold, two silver and one bronze.
12-year-old Emily Clark and 11-year-old Rhys Bowers won silver in their fights, and 11-year-old Dylan Clark won bronze in his. The winners of the gold are 19 -year-old Jack Waddicar and 10-year-old Lincoln Littler.
The next plans for the fighters is to compete in two more ranking competitions ahead of the nationals in September.

If you’re interested in joining this winning team, you can contact Jake Moscrop from Liverpool Elite on 07557 356285 for more information. To keep up to date with the team’s adventures, you can ‘like’ them on Facebook.

Knowsley Better Together endorsed at Cabinet

What was agreed at Cabinet on 26 July