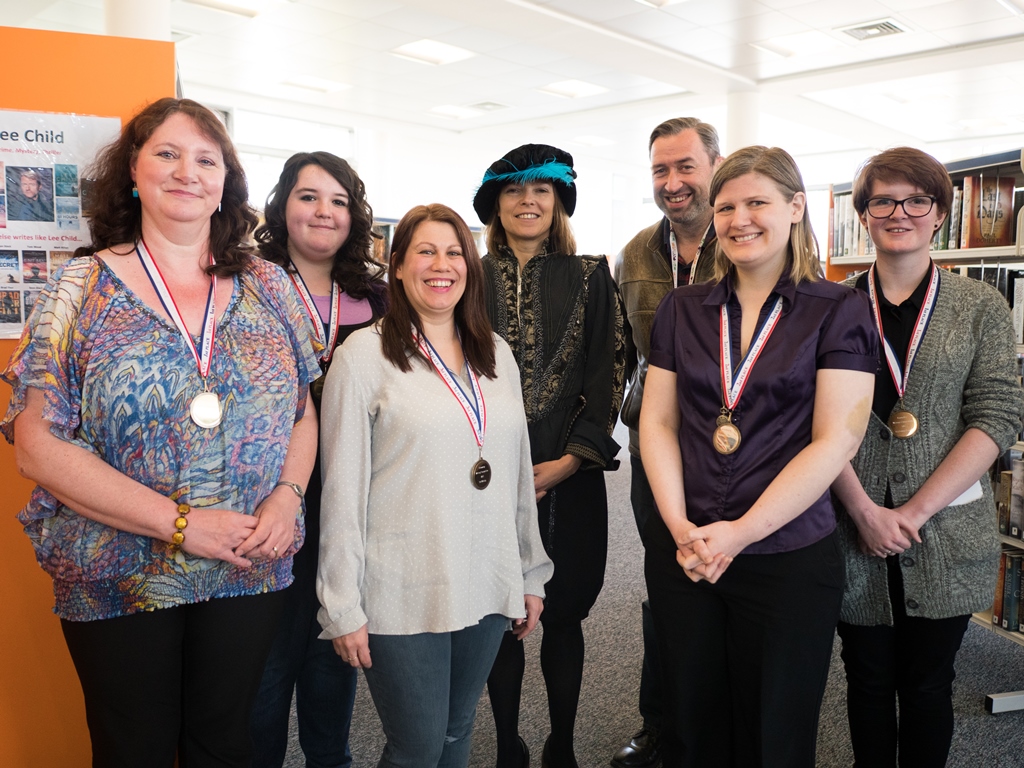 Talented writers aged 13 to 54 were recognised in this year’s Knowsley Writing Competition.

There were winning entries inspired by Dolly Parton’s ‘9 to 5’, Ed Sheeran’s ‘Photograph’ and Adele’s ‘21’ to name but a few.

Open to teenagers and adults living, working or studying in the borough, entrants were asked to write a poem or short story inspired by a piece of music.

The winner and runners-up in both categories received National Book Tokens gift cards, worth £50 and £30 respectively. There were also gift card prizes for commended and shortlisted entries and all prize winners received a medal.

The name of the winners will be added to the Knowsley Writing Competition Shield which is on display in Kirkby Library.

Read excerpts from some of the winning entries Bryony Reid, 1st, Colours of a Memory, inspired by ‘Once Upon a Dream’ by Lana Del Ray

Madison Redmond, 2nd, Beauty Within, inspired by ‘This song saved my Life’ by Simple Plan & ‘She Cries’ by Britt Nicole  and Wait for Me to come Home, inspired by ‘Photograph’ by Ed Sheeran

Amy Tennant, Commended, There’s no Escape, inspired by ‘21’ by Adele

Kellie Roberts, Shortlisted, You and I, inspired by ‘You and I’ by Beneath The Spin Light

Kellie Roberts, Shortlisted, I don’t want to be with you any more, inspired by ‘Stay’ by Rihanna

Debbie Lucas, 1st, The Moon over the ruined castle, inspired by ‘The Moon Over The Ruined Castle’ by the Japanese composer, Rentaro Taki  and Lovers for a Day, inspired by ‘Les Amants d’un Jour’ music and lyrics by  Margeurite Monnot and sung by Edith Piaf

Jo Fitzsimons, 3rd, No Way to make a Living, inspired by ‘9 to 5’ by Dolly Parton

Colin White, Shortlisted, Treason, inspired by ‘In the Hall of the Mountain King’ from Peer Gynt by Edvard Grieg

Debbie Lucas, Shortlisted, Bells Across the Meadows, inspired by Bells Across The Meadows by the English Composer, Alfred Ketelby

Winners of the Children’s Detective Drawing Competition also received their certificates at the World Book Night event in Huyton Library. Recap: All the action from the local election count