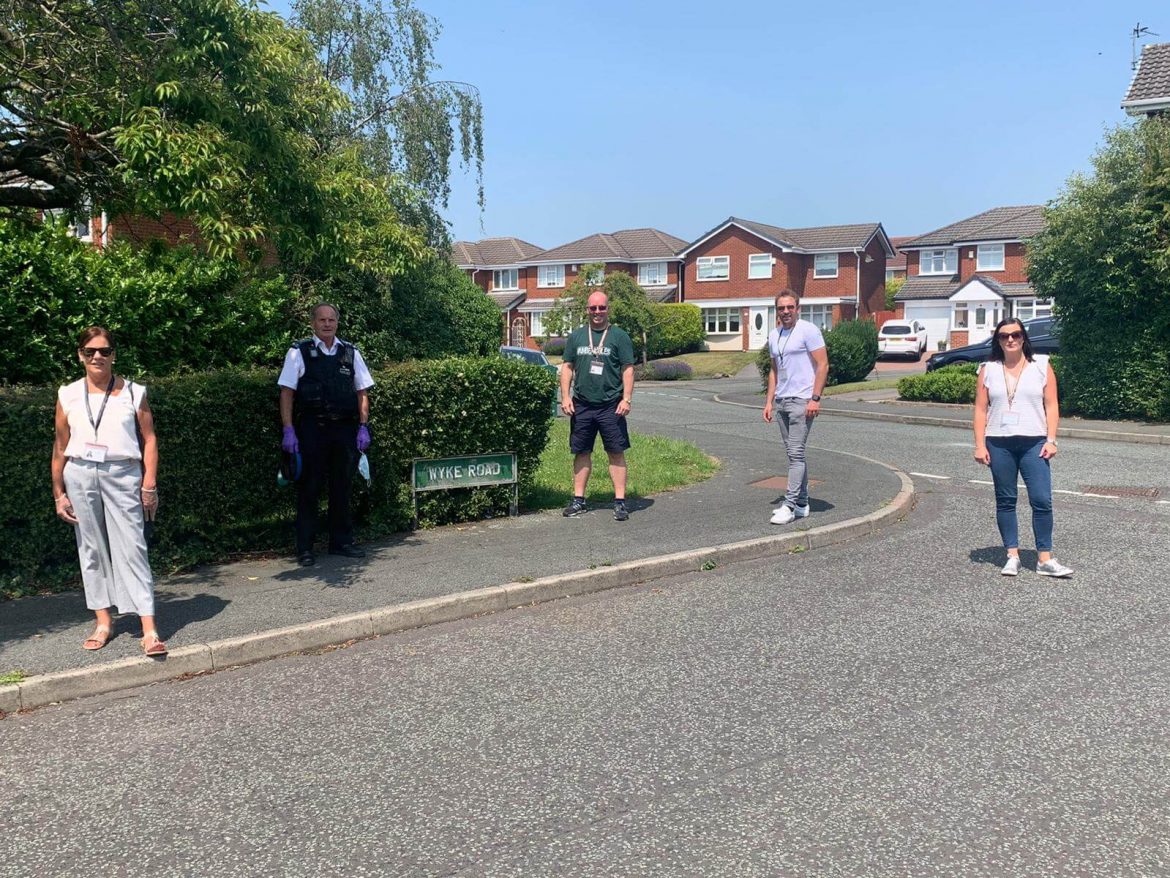 Working with police and residents to tackle crime in our borough

The coronavirus pandemic and resulting social distancing guidelines has meant that Knowsley’s Crime and Communities Team ‘Walkabout Wednesday’ haven’t been operating as usual.

Ordinarily the team, ward councillors and partners would visit specific areas and streets to knock on doors and speak with residents, face-to-face. However, the team are still tackling the issues that matter to residents and continue to visit areas in smaller numbers, while adhering to social distancing guidelines.

Every Wednesday we are sharing updates on what the team have been doing, and you can see last week’s here.

This week our Crime and Communities Team are supporting residents in Wyke Road, Prescot following recent incidents of attempted burglaries. Joined by Merseyside Police the team are sharing crime prevention advice with residents and asking the community to share any information they may have that will help identify the two male culprits who were seen attempting to break into houses along the road on 1st May just before 1am.

A huge success for the team this week was the recent seizure of a large quantity of alcohol on Cronton Colliery, believed to be stockpiled for an illegal gathering. This week also saw the arrest of three young males at Moorfields Shops, Kirkby for public order offences. Further arrests were also made in Huyton, for 3 separate incidents including the recovery of a knife, burglaries, and the possession of drugs and cash.

The local policing team have also been carrying out high visibility patrols on foot and using the Knowsley council funded quad bike. This week the team have focussed on areas including Hillside, Longview in Huyon, The Pasture, Pex Hill and Cronton Colliery in Cronton, and Prescot Town Centre and Carr Lane Woods. During these patrols they have engaged with members of the public while also deterring possible anti-social behaviour.

Cllr Shelley Powell, Cabinet Member for Neighbourhoods and Communities, said: “It’s fantastic to see our Crime and Communities Team working with Police to directly support their investigation into these attempted burglaries. The behaviour of these offenders is despicable and I hope that by working together we are able to identify those responsible.

“A huge thank you to our local policing team too, for the discovery of the alcohol in Cronton. The recent illegal gatherings we have seen reports of are not only are selfish and reckless but put our communities at risk.”

Although the Crime and Communities Team may not be available to speak with you on your door step they encourage you to continue sharing information with them.

Working with police and residents to tackle crime in our borough was last modified: June 24th, 2020 by Nicola Appleton 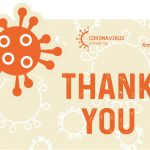 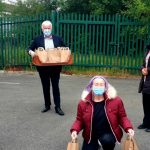