Most recent
Knowsley road closures you need to know about
Rapunzel at Knowsley Leisure and Culture Park ticket...
Further funding boost for Halsnead Garden Village
Home Knowsley Council What’s on the agenda at Cabinet on 22 January 2020 Knowsley Council’s Cabinet will meet at 5pm on Wednesday 22 January 2020.

Here is a summary of the main items on the agenda.

Cabinet will be given an update on the Refugee Resettlement programme. Knowsley has been part of two national resettlement schemes since 2015/16, both of which are funded nationally in order to prevent the costs of resettling individuals having to be met from local budgets. Since then, a coordinated approach to refugee resettlement has been established across the North West and the Liverpool City Region (LCR), with all local authorities within the LCR collectively committing to resettle 867 individuals – more than 630 of whom have now been successfully resettled in the region.

It is proposed that Knowsley should make a commitment as part of this scheme to resettle a further 30 refugees – Cabinet will take a decision on this suggestion at today’s meeting.

Co-ordinators (SENCO) with a focus on Education Health and Care Plans (EHCP).

As part of the review evidence was gathered from parents and carers, children and young people, front line staff, council officers, volunteers, advocates and partners involved in this work.

plan which works for them and all the people who are involved in caring for them.

In response to the Task and Finish Review update members of the Cabinet will be asked to agree all the recommendations arising from the Scrutiny Review as all nine build on the work already taking place across the Council. Cabinet will also be asked to agree to consider progress after six months and review the impact of the actions taken after 12 months.

All the information and papers for this meeting can be found on the council’s website. 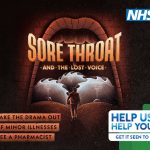 Make your local pharmacy your first stop for minor illnesses