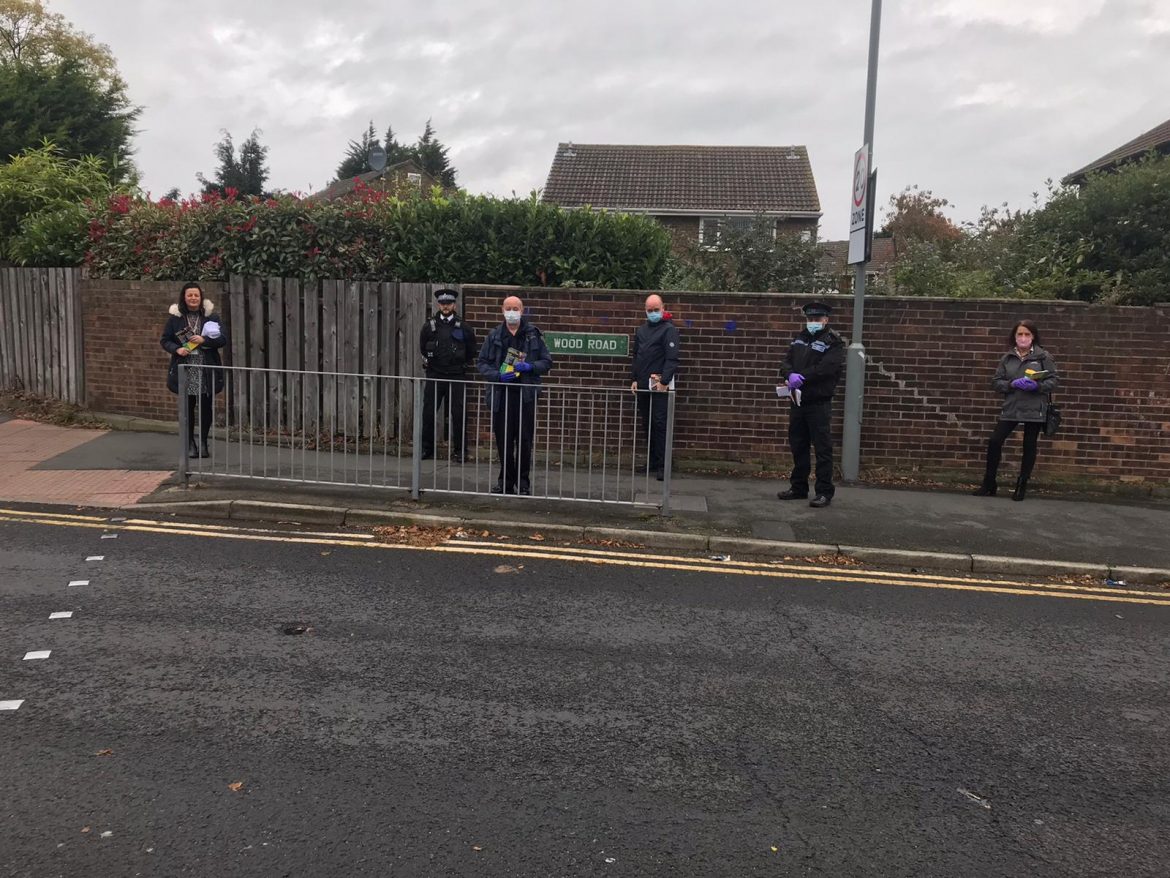 This week, Knowsley’s Crime and Communities Team and key partners continue to appeal to residents asking for information about those members of our communities who may be buying or selling fireworks illegally.

As we approach the Halloween and Bonfire Night period the team have been doing letter drops across the borough, urging people to share information about those involved in criminal and anti-social behaviour.

This week’s Walkabout Wednesday took place on Wood Road and The Hollies area of Halewood. The Crime and Communities team is working closely with partners including Merseyside Police and Merseyside Fire and Rescue Service at a time when, much like other towns and cities across the UK, there is an increase of criminal and anti-social behaviour.

In the letters distributed to all homes in the area, residents are invited to share information or concerns they’d like to raise with Merseyside Police via 101 or online here. If there is anything residents would like to discuss in confidence they can contact the Crime and Communities Team by email Safer.Knowsley@knowsley.gov.uk

“It’s fantastic to see the high visibility work our Crime and Communities Team are doing with Merseyside Police and Merseyside Fire & Rescue Service as we approach the Halloween and Bonfire period. Sadly, much like other areas of the UK, this a time of the year when we see an increase in anti-social behaviour.

“This year also brings the added challenge of the coronavirus pandemic so I urge residents to come forward with any information they may have about those acting illegally during this time of year. With this information we can take robust action against those responsible and together we can build better and safer communities.”

While the borough continues to fight the coronavirus pandemic, Knowsley’s local policing team have been working hard to keep residents safe. They are conducting ongoing patrols across Knowsley to engage with the public, encourage people to adhere to the new restrictions, explain why it is so important and where necessary take enforcement action.

The team also continue to patrol areas where there have been reports of burglaries and attempted burglaries. While the team are successfully tackling this issue, residents are reminded to ensure their vehicles and properties are securely locked. For burglary crime prevention advice please follow this link to more information.

There have been many successes for the team this week with highlights including:

Could you make foster care your career?

Be Bright, Be Seen