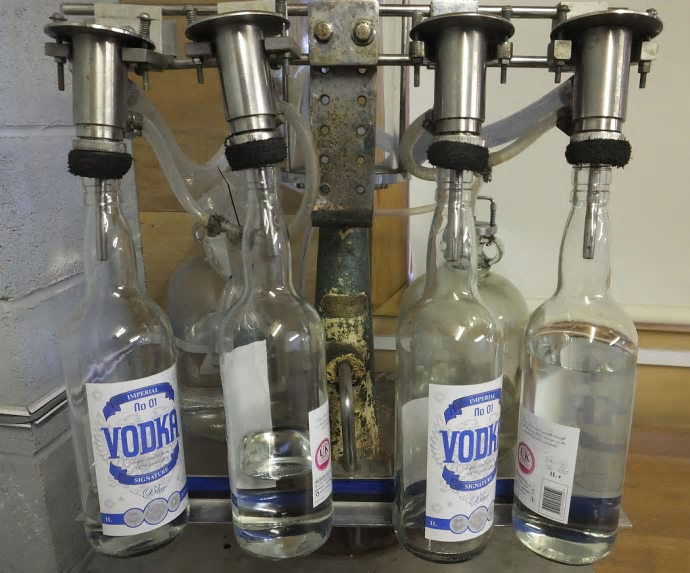 People in Knowsley are being warned to avoid purchasing or drinking a potentially dangerous batch of fake vodka, which may be in circulation in the region.

It follows the discovery of an illegal alcohol factory in an industrial unit in Aintree on Wednesday. Officers from HM Revenue and Customs, who raided the property, is warning the public and local retailers to beware of the potentially dangerous fake vodka, which was labelled as No 01 Imperial Vodka Blue.

“Anyone drinking this fake vodka could be risking their life. People buying it may have thought they were getting a bargain, instead they’ve bought alcohol that may put them in hospital or worse.

“Counterfeit alcohol puts people in danger and denies taxpayers of millions of pounds in unpaid duty – money which should be spent on vital public services.

“We have alerted other law enforcement agencies such as the police, local trading standards, and the Foods Standards Agency to stop this product reaching shop shelves or into our communities. It is important that anyone with information about this dangerous illegal trade urgently reports it to our Hotline on 0800 788 887.”

The illicit bottling plant was dismantled and the alcohol, worth an estimated £45,000 in unpaid duty, was removed for further tests.

During the operation HMRC officers seized:

There have been no arrests so far and investigations are ongoing.

HMRC is awaiting chemical analysis but similar seizures in the North West in 2015 were found to contain anti-freeze.