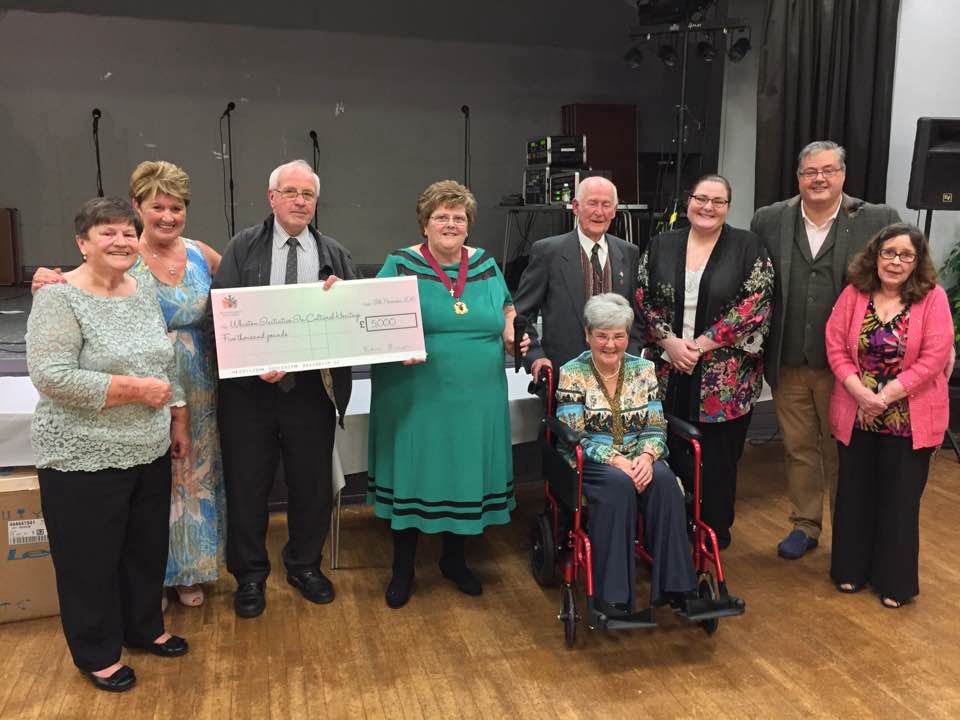 The former Mayor of Knowsley, Cllr Edna Finneran and her daughter-in-law Michelle Finneran attended a W.I.C.H (Whiston Initiative in Cultural Heritage) charity night at Whiston Town Hall recently and made a generous donation to the charity.

Cllr Finneran said “I am pleased to be able to support W.I.C.H as the group are so hard-working and dedicated to the great cause. The plans for the memorial building sound brilliant and I hope the group raise enough money to put the plan in action very soon.”

Norma Roscoe from the fundraising committee for W.I.C.H has thanked Edna and Michelle on behalf of the group who are all grateful for their support and kindness.

W.I.C.H is a group that was formed by Whiston residents around eleven years ago. The members originally formed to try to save the old workhouse chapel.

The donation will help the team to be well on their way to achieve their dream of having this built which will improve the much-loved cemetery.