Home Latest news Units in Kirkby being finalised for Handover 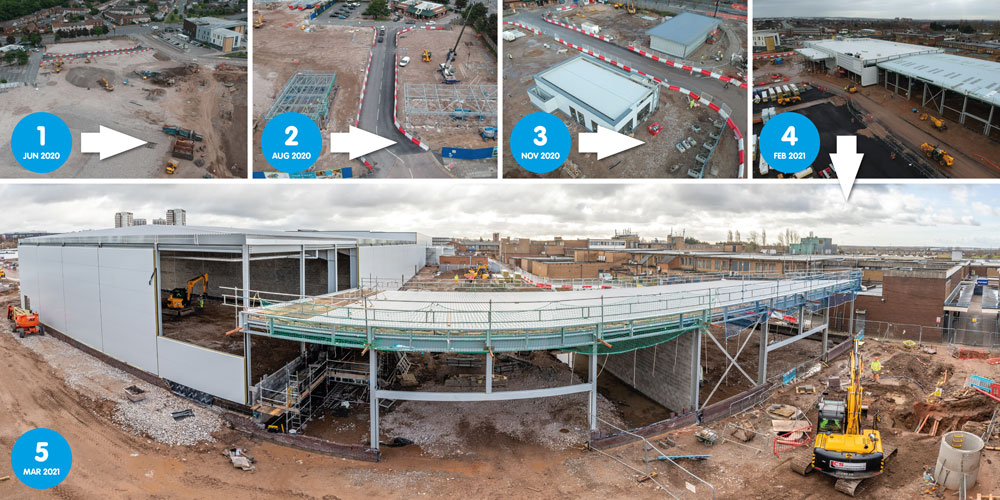 Units in Kirkby being finalised for Handover

Over the last few months, many residents have been staying at home, working from home, studying at home, and shopping from home, so they may not have had much of an opportunity to see first-hand the progress which has been made in Kirkby town centre.

With that in mind, Knowsley Council has been documenting progress with photographs, to make sure that the progress made at the site has been captured for all to see.

The ground was levelled just over a year ago and the external structures of all of the units are now near completion- it’s amazing to see the progress which has been made, especially bearing in mind that the majority of the work has been undertaken during a pandemic, which has created a range of challenges at the site.

Over the coming weeks and months, the next phase will be handing over the units to Morrisons, Home Bargains, KFC, and Taco Bell so that they can complete their internal fit-out, ready for opening in the Summer.

Councillor Tony Brennan, Regeneration and Economic Development Cabinet Member, said: “When you think about everything which we have to contend with, the progress which has been achieved is astonishing really.  The retail development is really taking shape now.  Once we took control, we promised to bring the development forward as quickly as possible, and some people said – understandably – that they would “believe it when they see it”.  Well, seeing really is believing – we said that we would deliver a supermarket, and here it is.  We have also responded to feedback from our community about more places to eat, and the KFC and Taco Bell sites are just the start of our ambitious plans for Kirkby Town Centre in that respect.  I’m really looking forward to seeing them open their doors in the Summer.  Great news for Kirkby – and there will be more to come!”