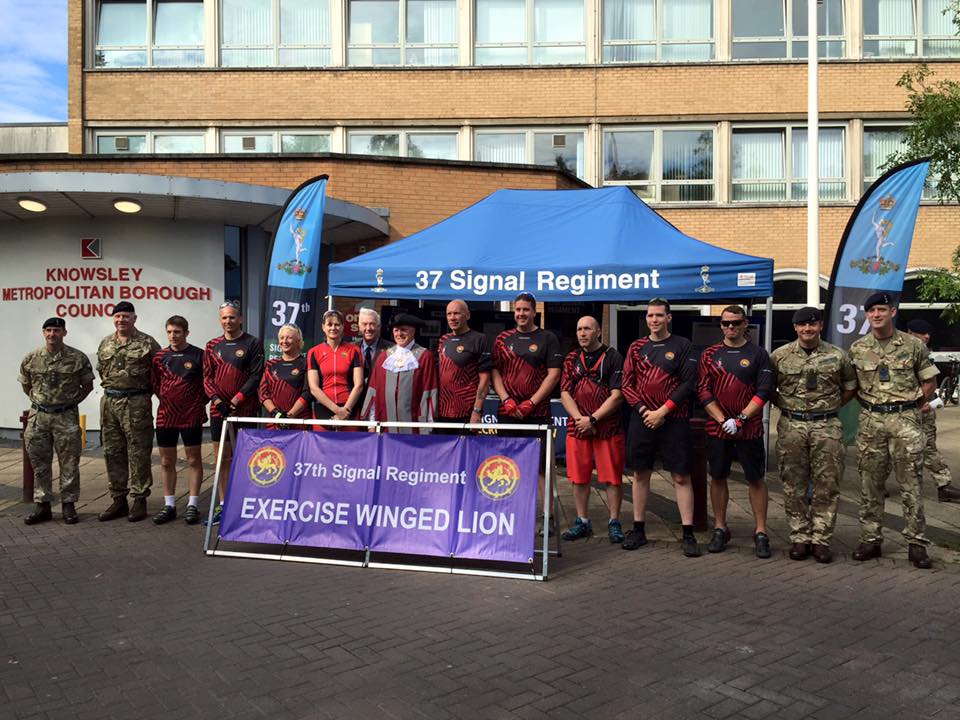 A team of cyclists from the 37th Signal Regiment passed through Huyton as part of a UK cycling challenge to raise money for the Royal Signals Benevolent Fund.

Cllr Frank Walsh, Mayor of Knowsley, met the team as they set off on their leg of the journey from Huyton towards Manchester.

So far, the team has raised more than £2000 for the Royal Signals Benevolent Fund and more than £3500 for local charities across the country.

This is a great challenge that is improving fitness levels for army reserves as well as raising funds for the Royal Signals Benevolent Fund and local charities.

We’d like to thank everyone for their support as we make our way around the army reserve centres.

You can support the team on their Just Giving page.