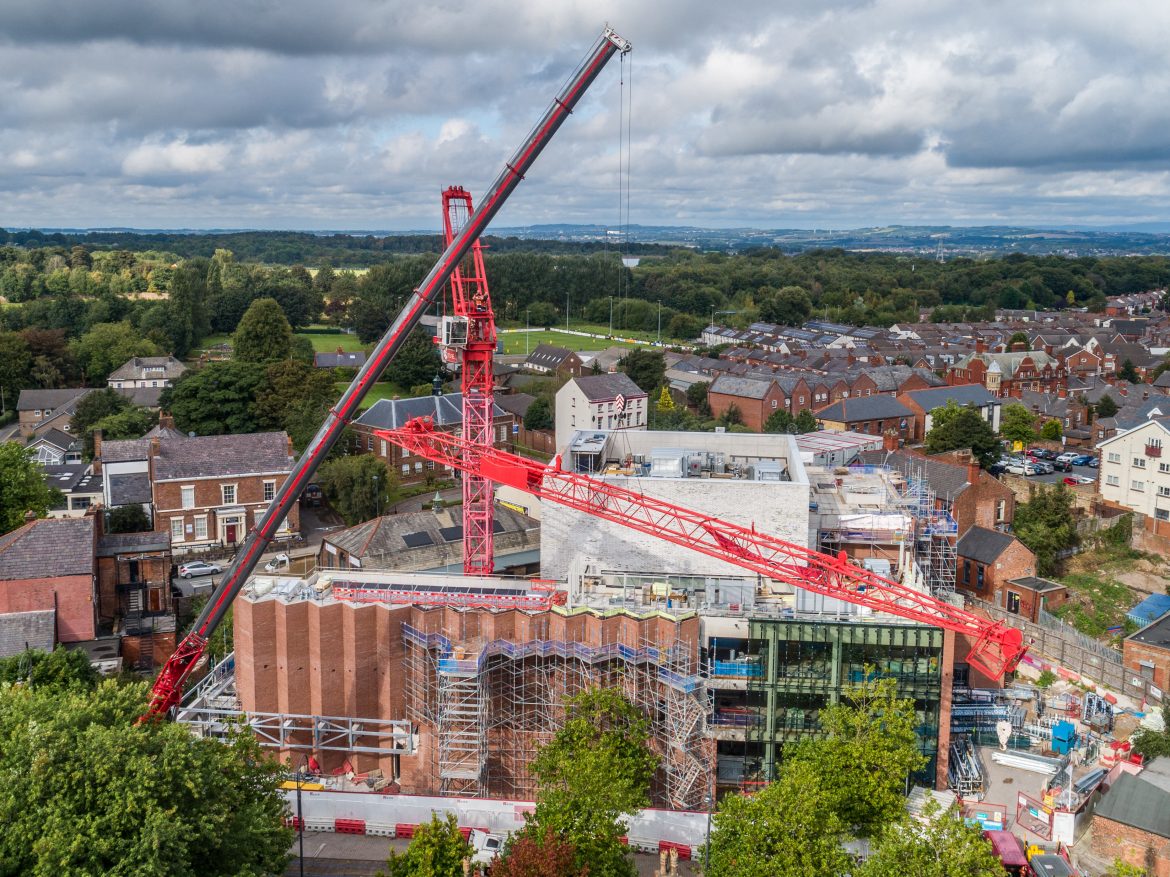 It’s a sight that has become all too familiar to people living or travelling around Merseyside over the last 20 months. But as construction work continues at The Shakespeare North Playhouse, the time has come for the 190 ft tower crane to be removed from the site.

This is a really positive milestone in the construction project and signals the final phase of work progressing on the building ahead of The Playhouse’s opening next year.

The crane was installed in January 2020 and quickly became a prominent and familiar sight on the Prescot skyline and beyond. With its Shakespeare inspired ‘To Be’ sign, locals affectionately named the crane ‘Toby’.

Although the crane has now departed, the illuminated sign will be retained and will be displayed in The Playhouse when it opens.

During its 20 months on site, the crane played an integral part in the construction of the landmark development in Prescot town centre. Amongst other work, it lifted the main steel roof trusses for the building into place, each weighting close to 10 tons.

Over the weekend, the huge red crane was dismantled piece by piece and removed from site.

Cllr Tony Brennan, Knowsley’s Cabinet Member for Regeneration and Economic Development said: “The crane has become a really visible sign of The Shakespeare North Playhouse development and when it was first installed, it signified the start of major construction.

“Although some people may miss seeing it on the Prescot skyline, removing the crane is a really positive milestone for the project. It has been in place to carry out specialist lifting and now this is complete, work in other areas can progress and we move even closer to The Playhouse being complete and opening its doors.”

Here’s the tower crane being removed from site… 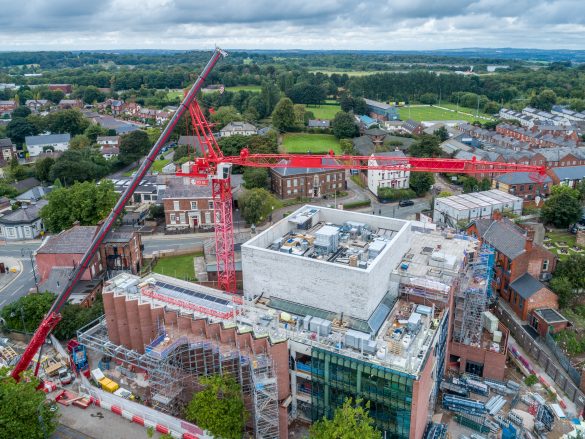 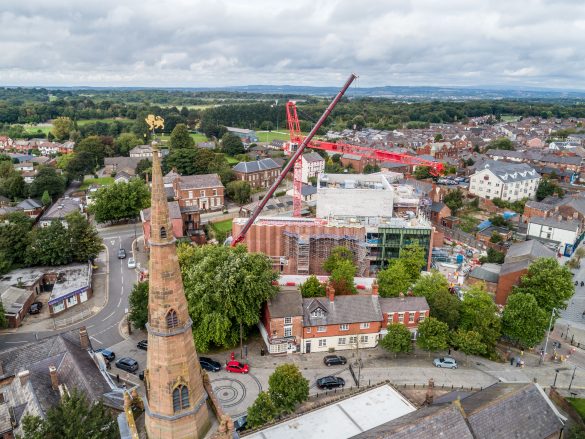 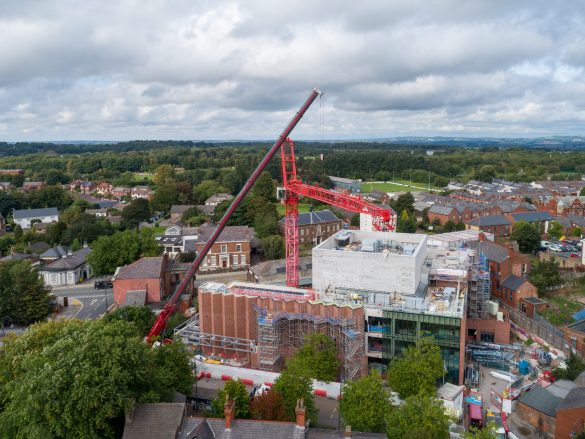 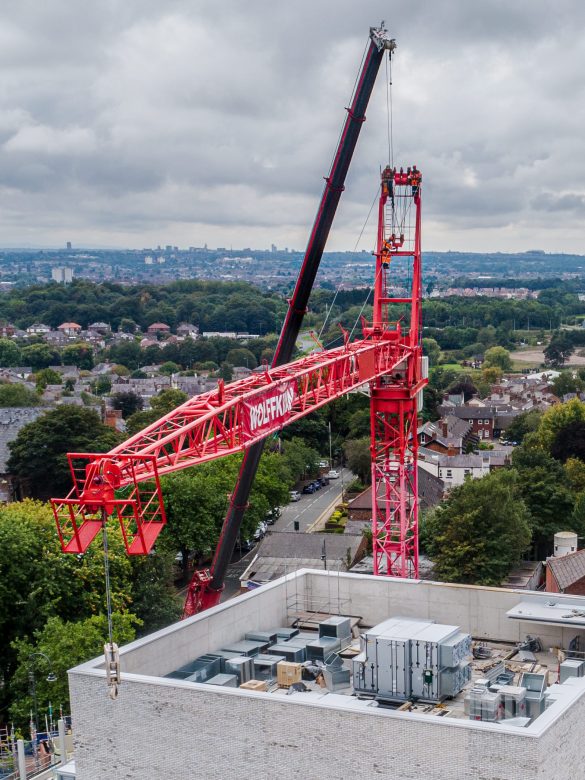 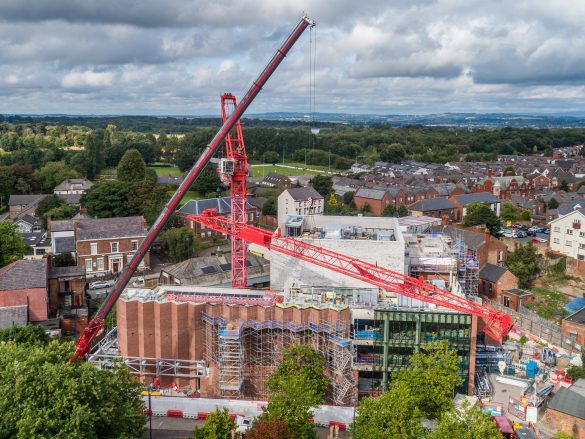 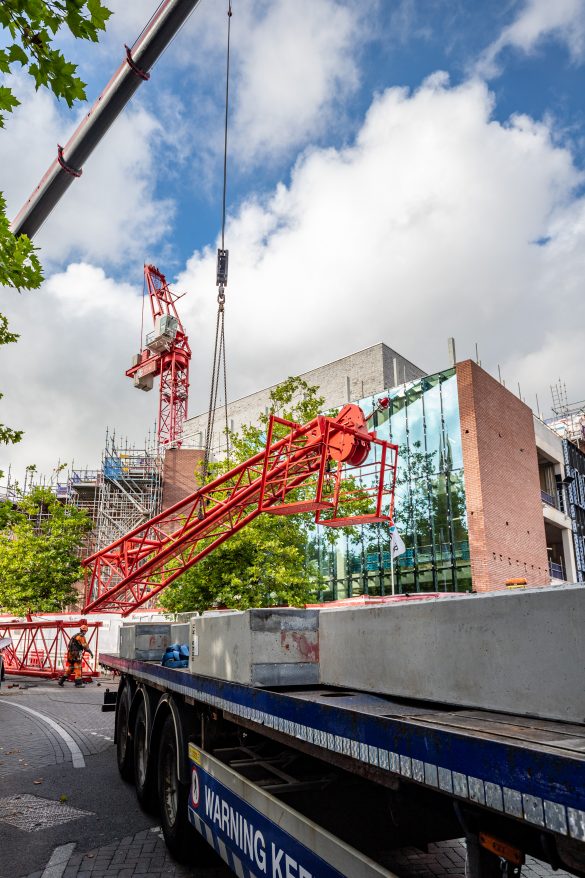 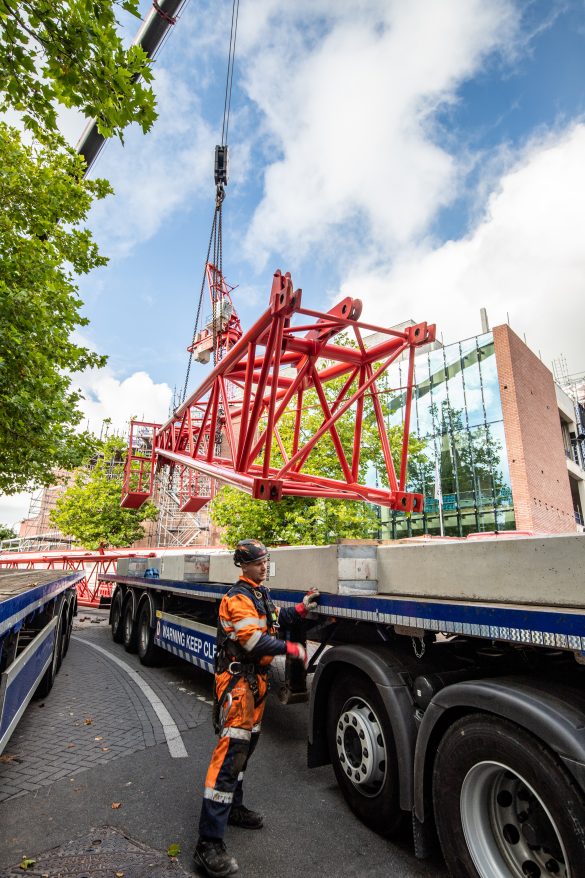 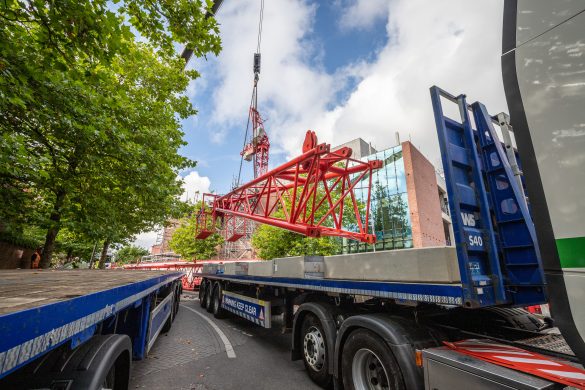 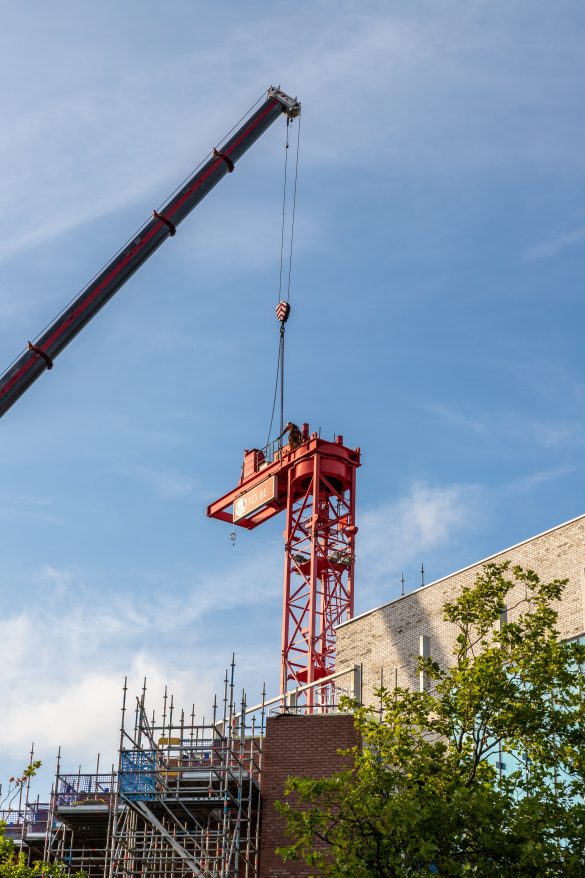 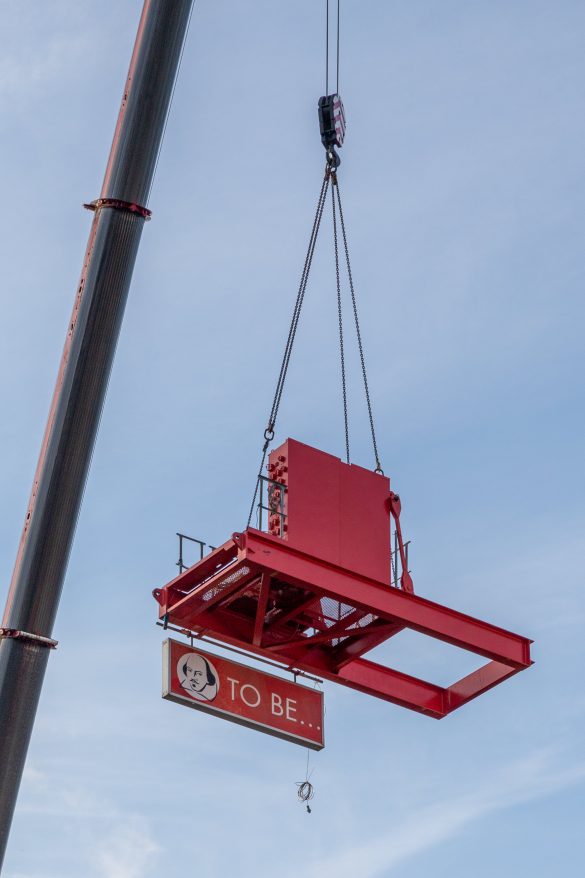 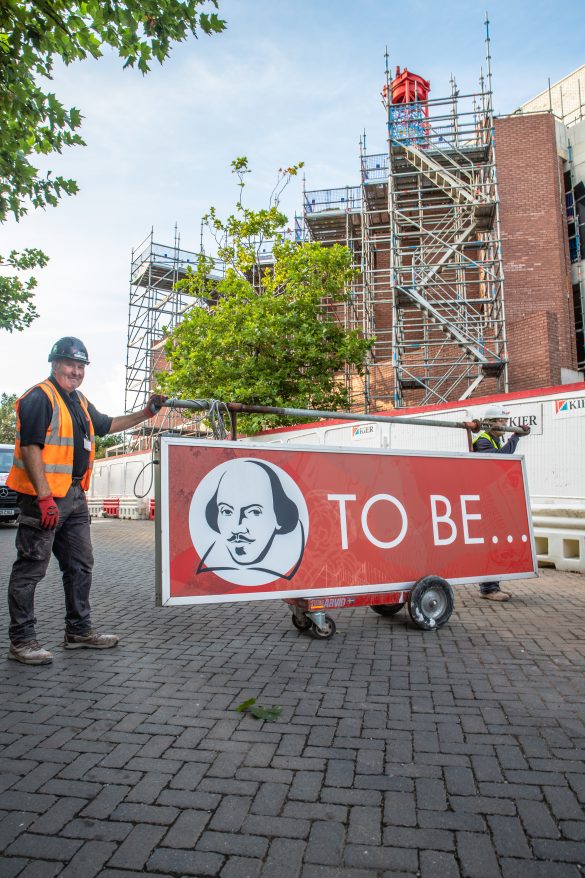 COVID-19 vaccine to be rolled out in schools