Year 7 pupils in every secondary school in Knowsley have benefitted from watching a powerful road safety play.

The play, ‘The Decision’, was performed by theatre company Ginificent and commissioned by Knowsley Council’s Road Safety team in a bid to influence young people to think more about the risks they take on and near roads.

Set in a courtroom, the stimulating story surrounds the death of a young boy who was killed in a road collision when he walked into a road without looking.  Pupils were asked to vote as a jury as to whether the driver was guilty or not guilty of causing the collision.

Cllr Graham Morgan, Knowsley’s Cabinet Member for Regeneration and Economic Development said: “Road traffic collisions cause heartache, pain, loss and untold suffering.  Raising awareness and educating young people through this thought provoking drama performance will hopefully encourage them to think about how vulnerable they are, and how easy it is to become distracted near roads.  Many of these tragedies would be avoided altogether if pedestrians gave roads their full attention.”

Knowsley Council’s Road Safety team deliver a full programme of education, training and publicity in every school in the borough. The message underpinning all of their work is that children and young people can learn to keep themselves safe. 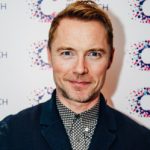 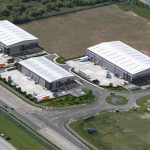