Home In focus Outcomes of consultation for new THI project 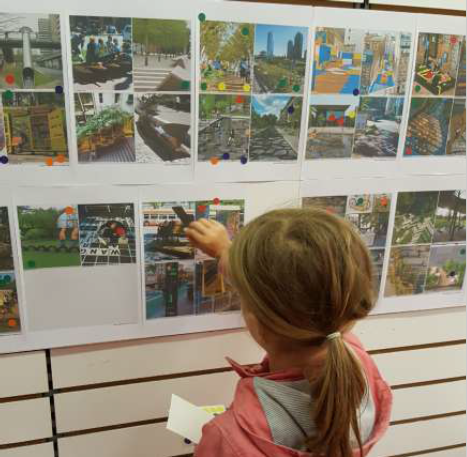 The third and final public realm project of Prescot’s Townscape Heritage Initiative (THI) is Market Place which aims to ‘bring Prescot’s historic commercial heart back to life’ by returning this empty public space back into full use.

The Market Place site is below the churchyard of St Mary’s Church, at the junction of Market Place and Sewell Street.

Market Place is the THI’s biggest project so far with a budget in excess of £400,000.  The THI initiative is funded by the Heritage Lottery Fund, Knowsley Council and other local partners and overall it represents a £4 million investment in bringing Prescot’s heritage back to life.

Consultation was undertaken this summer so as to gather people’s views and aspirations for Market Place and their comments will inform the plans for the site going forward.  PLACED, a specialist built environment consultancy, talked and listened to Prescot residents, community and faith groups with an interest in the town centre, local schools, the site’s neighbours, and town centre businesses.

Most consultation activities had an element of fun and included creating plans for the site and models of it.  There was also prize bingo, a treasure hunt, and crafts.

PLACED also aimed to develop skills and knowledge and, for example, the workshops significantly raised the confidence of secondary school aged people in talking about the built environment.  At the start of one of the workshops, 21% said that they weren’t confident which increased to 89% by the end.

325 people attended the consultation events and 205 people completed surveys.  This was an excellent response rate and has provided lots of great feedback to work with.

People of all ages made it known that they would like an area to relax and socialise in.  Also, rather than standard benches and planting that is seen in a lot of spaces, residents explained they would prefer a solution which creates a space that is ‘sociable, safe and welcoming’.

It was also made clear that the public would love to see markets and performances in Market Place, alongside community and arts events.  93% of survey respondents were interested in seeing markets on the site and the most popular idea, at the vote held at the final consultation event, was the provision of a performance space.

Many people felt that small outlets serving food and drinks, as well as toilet facilities, were a good idea. It was felt that they would serve events well, bring opportunities for evening activities such as films and performances, and bring people together to socialise.  The idea of having shelter and lighting, so that the space can be used in cold or wet weather as well as outside of daylight hours, was also mentioned by many people.

One concern raised during the consultations was the lack of quality outdoor space in Prescot town centre for young people and families.  Also, 76% people would like to see youth clubs or structured youth activities held in the space monthly or more frequently.

A reoccurring theme throughout the consultations was the desire to reflect the history and heritage of Prescot and ‘tell the story of Prescot’ through the space.  Some people felt that Market Place, with the right design elements incorporated, could becoming the start of a Prescot Heritage Trail; and this could include lighting to highlight where the Roundhouse was.

The responses shows that a lot of people would like Market Place to host day-to-day activities but also to be a venue that can hold special activities and events meaning the space would be multi use.

An independent design completion will be held early in 2017 in order to decide the best solution for the site and the work will then be completed by May 2018. The site for Market Place