Home Lifestyle and what's onBorough of Culture The Owl & the Pussy-Cat went… back to the place where their journey began! 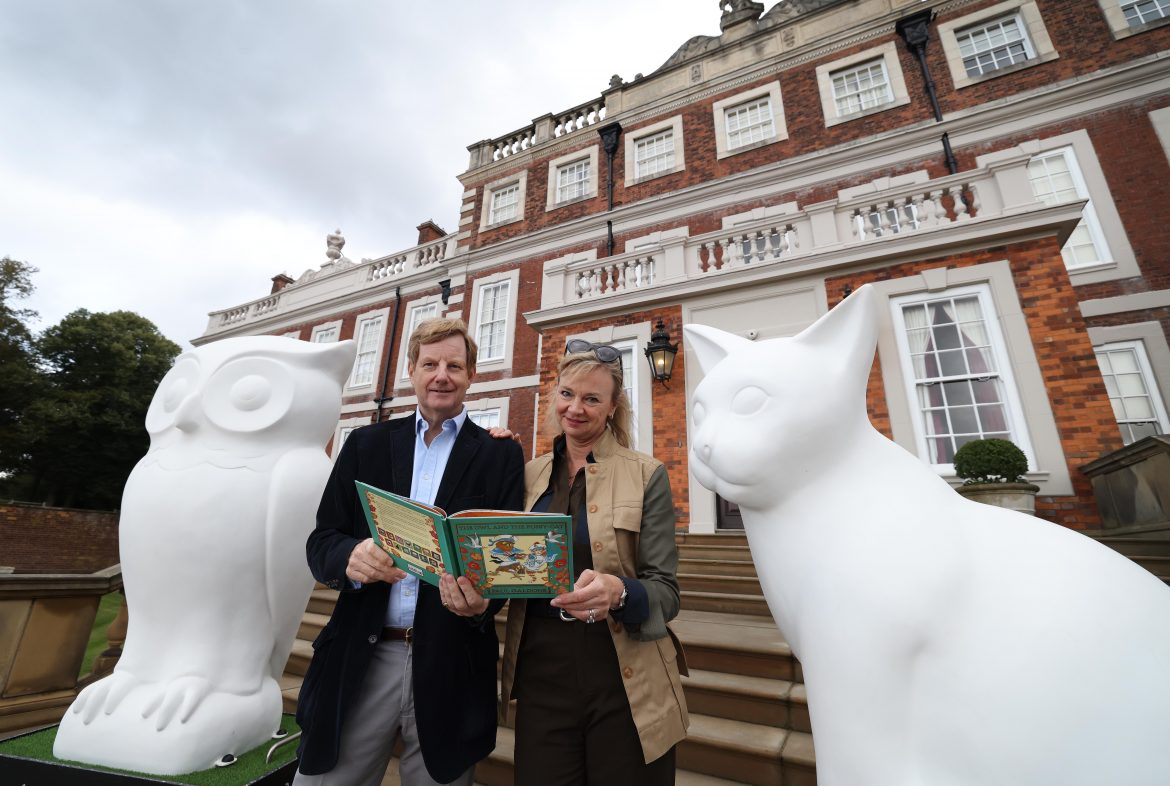 The Owl & the Pussy-Cat went… back to the place where their journey began!

Most people are very familiar with The Owl & the Pussy-Cat poem that tells the tale of two animals setting off to sea in a ‘beautiful pea green boat.’ But what many people do not know is that the poem, by Edward Lear, was actually written at Knowsley Hall.

This fascinating fact and Lear’s connections to Knowsley are set to be celebrated throughout 2022 with a huge sculpture trail featuring 15 pairs of 2-metre-high owls and pussy-cats. The project, which is a key part of Knowsley’s calendar of events for its year as the Liverpool City Region Borough of Culture, has been launched by the current Earl and Countess of Derby whose family’s connections with Lear date back to 1831.

“Edward Lear had a very close and long relationship with my family and during his time at Knowsley Hall produced some of his finest work – including his set of Nonsense Poems – of which The Owl & The Pussycat is the most well-known.

“These poems were written to entertain the children of the house and Lear dedicated his book to the great grandchildren, grand nephews and nieces of the 13th Earl – who

had been so impressed with Lear’s work that he had invited him to illustrate animals from his impressive collection. Lear lived with my family here in Knowsley on and off for seven years, cementing an immensely close and wonderful connection to the Hall and to Knowsley as a whole.

“I am delighted that through this project more people will become aware of these local links, appreciate Lear’s amazing work and celebrate his contribution to culture in Knowsley.”

Two of the incredible sculptures, produced by Wild in Art, were on display this morning and an open invitation was launched for local artists get involved and submit their ideas to decorate these impressive creatures.  Also present at the launch was Cllr Shelley Powell Cabinet Member for Communities & Neighbourhoods from Knowsley Council – who will be organising the trail, which will launch in the summer of next year. 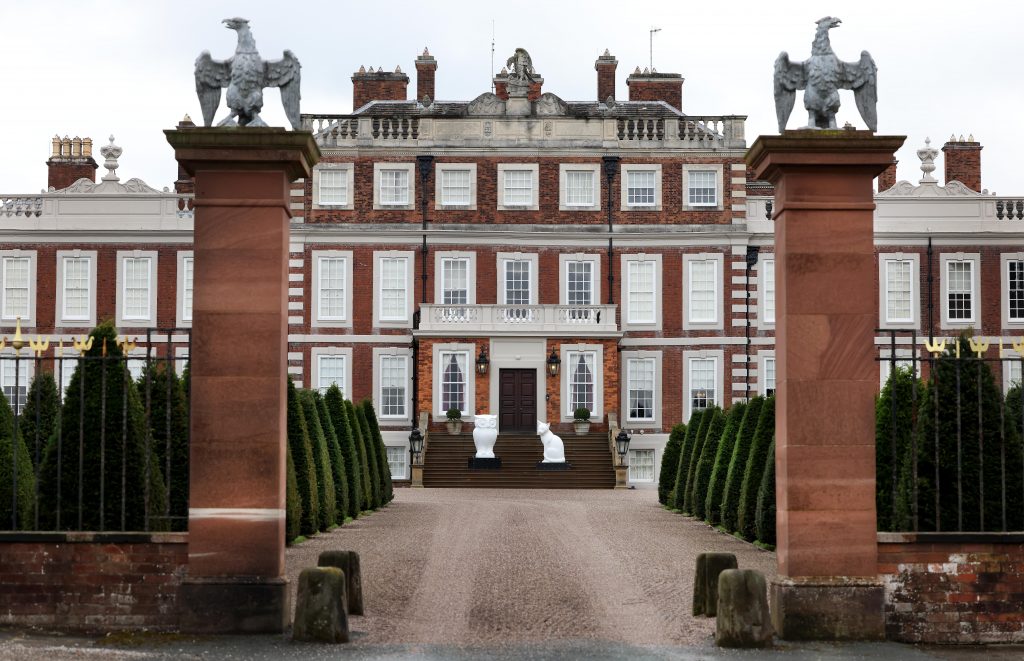 “We are delighted to reveal these beautifully decorated sculptures. This is an exceptional opportunity for artists to play a significant part in creating a memorable event for Knowsley next year and we hope they will be inspired by the challenge of the three-dimensional canvas of both the owl and the pussy-cat and by being involved in such an exciting project. We want to encourage local artists to submit designs – this will be a wonderful showcase for artistic talent.” 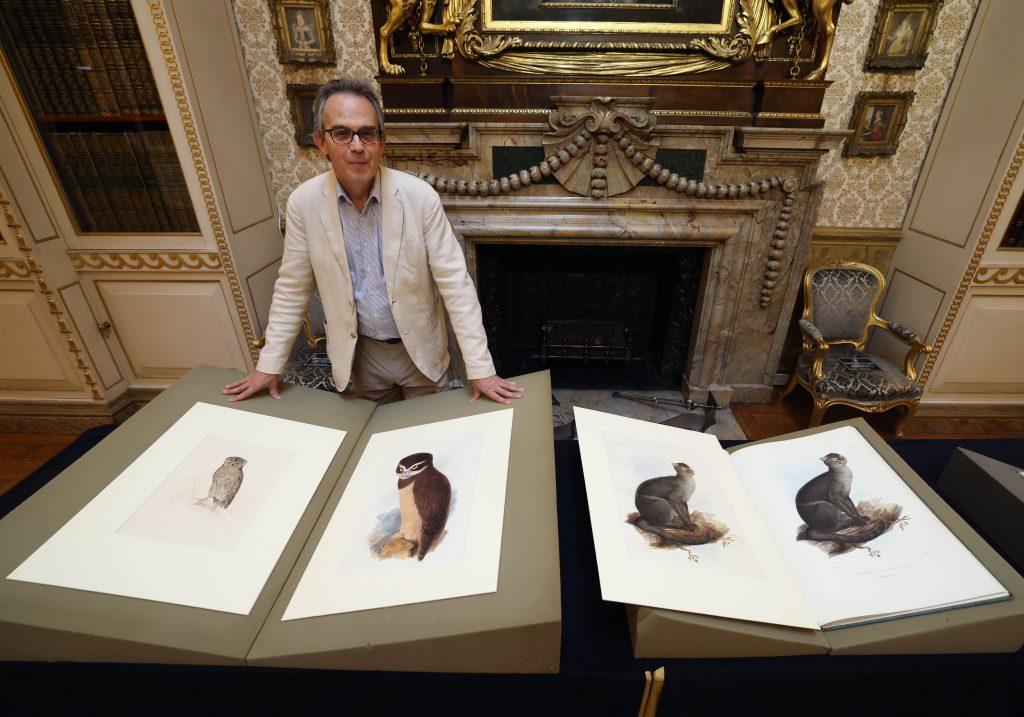 “These sculptures are quite spectacular and seeing them up close you can really start to imagine how much of an impact they will create once they are designed and decorated. I know how popular the Superlambananas became in Liverpool, and I can only imagine that these will attract similar interest and be as popular.

“How wonderful for Knowsley and how great that such an interesting aspect of the borough’s culture is being celebrated in a way that everyone can enjoy.” 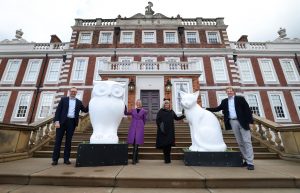 This is not the first time that Lear’s connections to Knowsley have been celebrated in art. Already the Borough is home to The Nonsense Alphabet at Knowsley Leisure & Culture Park in Huyton. The Alphabet was created by artist Gordon Young 10 years ago as part of a community project where residents were encouraged to share their own nonsense poems and help to shape these important public artworks that are still on display for residents.

Local artists interested to find out more about The Owl and the Pussy-Cat project should visit www.cultureknowsley.co.uk. Artists can be either professional or amateur but are asked to take inspiration from Knowsley – its people, history and other characteristics.

“Our region has long been the country’s cultural and creative capital – as this connection between Edward Lear and Knowsley shows!

“I am keen to make sure that devolution helps us to promote and invest in the fantastic cultural attractions we have across the region. Borough of Culture is helping us do that. By setting aside 1% of our annual funding, we’re able to invest in culture and showcase each of our local areas for their unique creative offering.

“I’ve been really impressed by the work Knowsley have been doing ahead of their year as our region’s Borough of Culture. From Lear to Shakespeare and everything

in between, I’m sure you’re all looking forward to a fantastic year across Knowsley in 2022!”

Crime and antisocial behaviour have no place in our town centres