Partner agencies in Knowsley have teamed up to combat anti-social behaviour in the Swanside area of Huyton.

This also supports Knowsley Better Together, bringing people and organisations together for the benefit of Knowsley and its residents. By pooling resources, expertise and ideas, more can be achieved.

“Tackling issues affecting our local communities is a priority for the Council and our partners.  The Council has recently approved funding for the establishment of a dedicated multi-agency anti-social behaviour team which I know is a priority issue for our residents and businesses. We have also recently launched the Street Intervention Team, working alongside Merseyside Fire and Rescue Service and Knowsley Housing Trust to provide a visible presence where needed as well as obtaining information from local communities to effectively tackle issues impacting on our residents.”

If you have any information relating to anti-social behaviour please call 101 or report information anonymously to Crimestoppers on 0800 555 111. 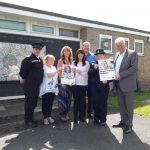 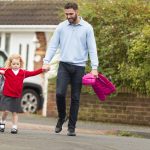