It’s a sad fact that cervical cancer is the most common cancer in women aged 35 and under and every day in the UK nine women are diagnosed with the disease.

Cervical screening – also known as the smear test – prevents 75% of cervical cancers from developing yet one in four women don’t attend when they are invited for the test, which is why Knowsley Council is supporting Jo’s Cervical Cancer Trust awareness week.

Women aged 25 to 49 are invited by their GP every three years, and every five years if aged 50 to 64, for cervical screening. The test detects abnormalities within the cervix that could, if untreated, develop into cervical cancer.

There are some recognised symptoms associated with cervical cancer that you should also be aware of, including:

However, there are usually no symptoms associated with abnormal or pre-cancer cervical cells and not all women diagnosed with cervical cancer experienced symptoms, which is why it is so important to attend regular cervical screening when you are invited, or to contact your GP if you are overdue a smear test. 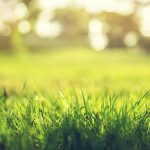 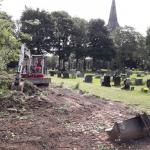