Kelsey, who is an avid Olly Murs fan, was nominated to receive the tickets by her mentor Owen, for the outstanding progress she has made throughout her time on the programme, leading to Kelsey securing permanent paid employment.

Kelsey was one of 12 young learners with additional needs studying the Supported Internship Programme, which launched in September 2016.

The programme, facilitated by Knowsley Community College in conjunction with Knowsley Council, aims to help young people, aged 16-25, with additional needs, who are seeking the skills, experience and confidence to enter employment but require some extra support.

As part of the programme, interns work on developing their independence, confidence, communication and employability skills as well as gaining invaluable work experience over the academic year.

When Kelsey first started the programme, working as an intern within the Business Support Team at Knowsley Council, she found it hard to adapt to change but was determined to improve her confidence and communication skills, speak to new people and gain workplace skills that would help her to secure a paid job in the future.

Speaking about her role, Kelsey said,

“I love my job in business support. I used to be shy but I am much more confident now. I have made many friends and talk to lots of staff when I deliver their post. I love getting up and going to work every day – it’s great being part of the team.”

In her role Kelsey was originally responsible for the collection and franking of the outgoing post, her daily tasks now include the updating of the post spreadsheet, and preparing paper-based information into batches ready to be digitised.

“Kelsey progressed her way through the internship with great determination. She gained valuable transferable skills and confidence in her own ability. She massively improved her personal and social skills. I couldn’t think of anyone more fitting to be awarded the tickets.”

After completing a full year of her internship and impressing Knowsley Council with her hard work and determination, Kelsey has since secured a permanent, paid position with them. 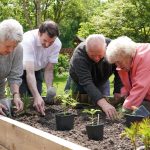 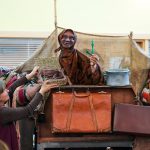