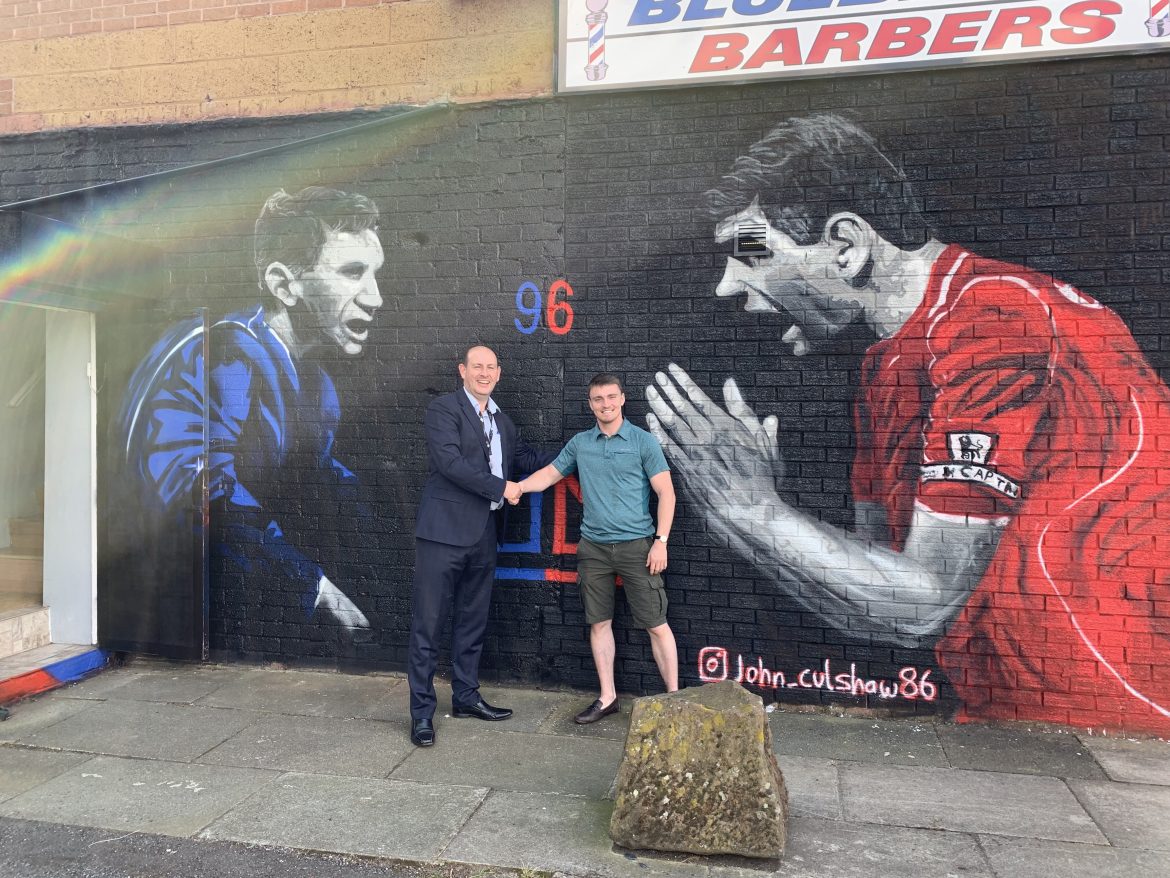 Street art is a cut above

A Huyton businessman and local artist have joined forces to create an inspirational piece of street art.

Josh said: “I wanted to use a local artist who lives in the area to work with me to produce art that local people can relate to and inspire young people. Football is a major interest for local people especially children and teenagers, so why not choose two local legends like Peter Reid and Steven Gerrard! I hope to use this artwork, which shows local sportsmen who have achieved their dreams, will inspire young people to set goals and promote ambition.

“Our customers really like the fact we’ve included role models from both clubs and they appeal to people of all ages.”

Josh set up Bluebell Barbers four years ago and his business has gone from strength to strength gaining a loyal client base.

Since the Bluebell Barbers mural appeared John, who is gaining a reputation as the Merseyside Banksy after creating a number of iconic street murals across the city, has received messages of approval from Steven Gerrard and Peter Reid’s family.

Street art is a cut above was last modified: September 2nd, 2019 by Laura Johnston 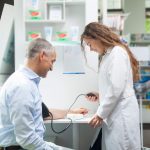 Do you know your ‘numbers’ when it comes to blood pressure? 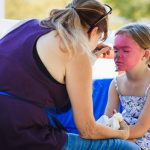 All the fun of the fair at Mill Dam Park