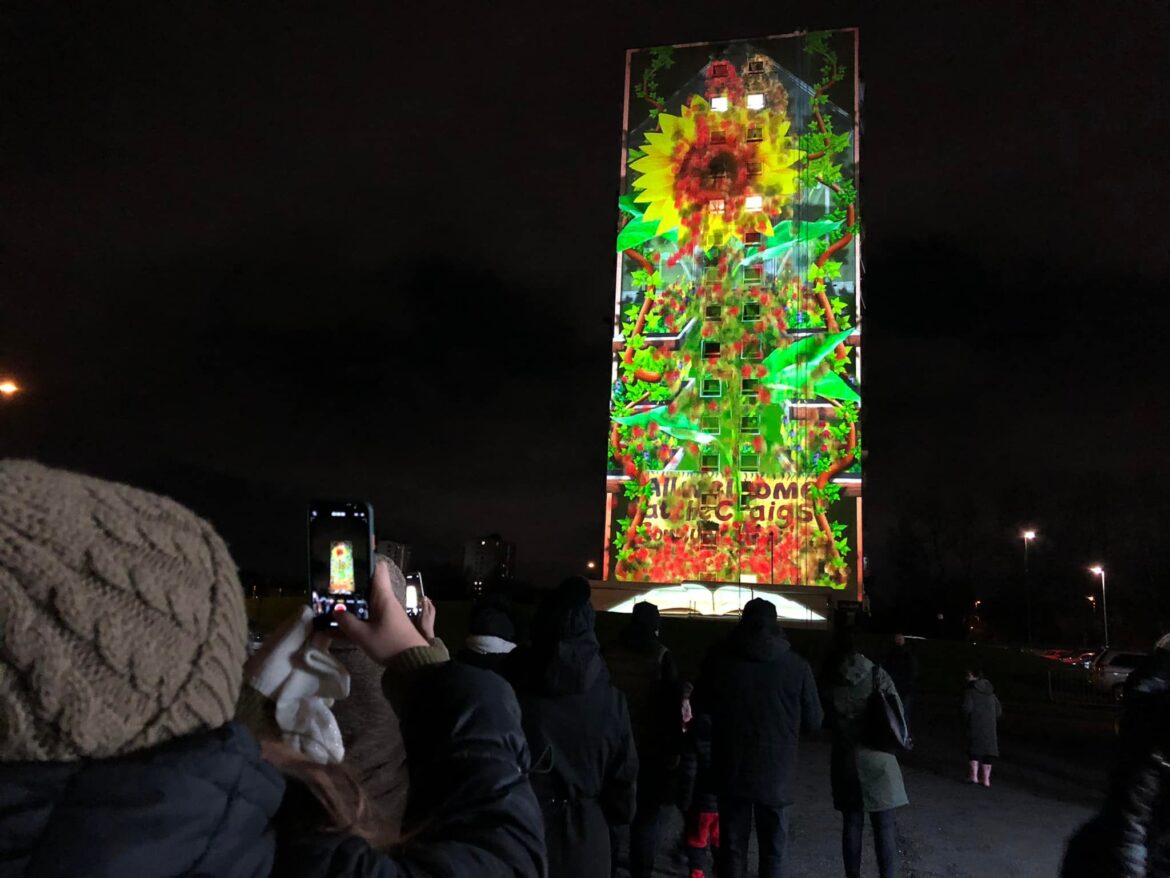 Tall Tales was a stunning large-scale community artwork that saw Merecliff – a residential 16 storey tower block in Stockbridge Village owned by ForHousing– animated and illuminated in light, accompanied by heart-warming stories from the local community.

Landlord ForHousing, Knowsley Council, light and sound artists, Illuminos and importantly the people of Stockbridge Village collaborated to bring this dramatic projection to the heart of the community.

The site-specific projection, unique to Stockbridge and Merecliff high rise, opened with the scene of a pot of tea, pouring everyone a cuppa from the windows on the block.  Voices from the community were overlayed, sharing their stories about riding chopper bikes through the old subways, the pride of football on the estate & the beauty for the Craigs Community Garden creating a vibrant, immersive celebration of the borough.

Cllr Shelley Powell, Knowsley Council Cabinet Member for Communities & Neighbourhoods, said: “Tall Tales was a joyous celebration of the people of Stockbridge Village. It had humour and heart and it’s something the entire community should be proud of.

“Tall Tales is the latest instalment in Knowsley’s year-long Borough of Culture programme. So far visitors have enjoyed Aqualux in Kirkby, Magic Wood in Halewood and Gaia at St.Chad’s Church – with all attractions forming part of ‘New Dawn’ – a series of moments of light across the borough. There are still more illuminating events to come, and I’d encourage everyone to come along and be a part of this special year.”

Connor Dowle, aged 11, had his story featured in the projection which he created at school. Connor said: “I was so excited to see my picture in Tall Tales.” 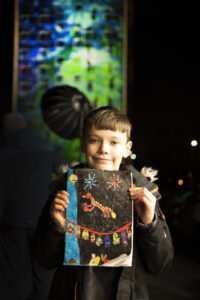 Abigail Winstanley, Neighbourhood Strategic Lead at ForHousing, said: “Seeing tenants share their stories, and having images that bring them to life projected onto a living canvas made up of their homes and the homes of their friends and family, has been really special. It has given tenants a voice – which is so important for creating a place people are proud to call home.

“It’s wonderful to see tenant’s pride in where they live shine through in this celebration of the local community.”

Get your tickets to the Mayor’s Charity Ball