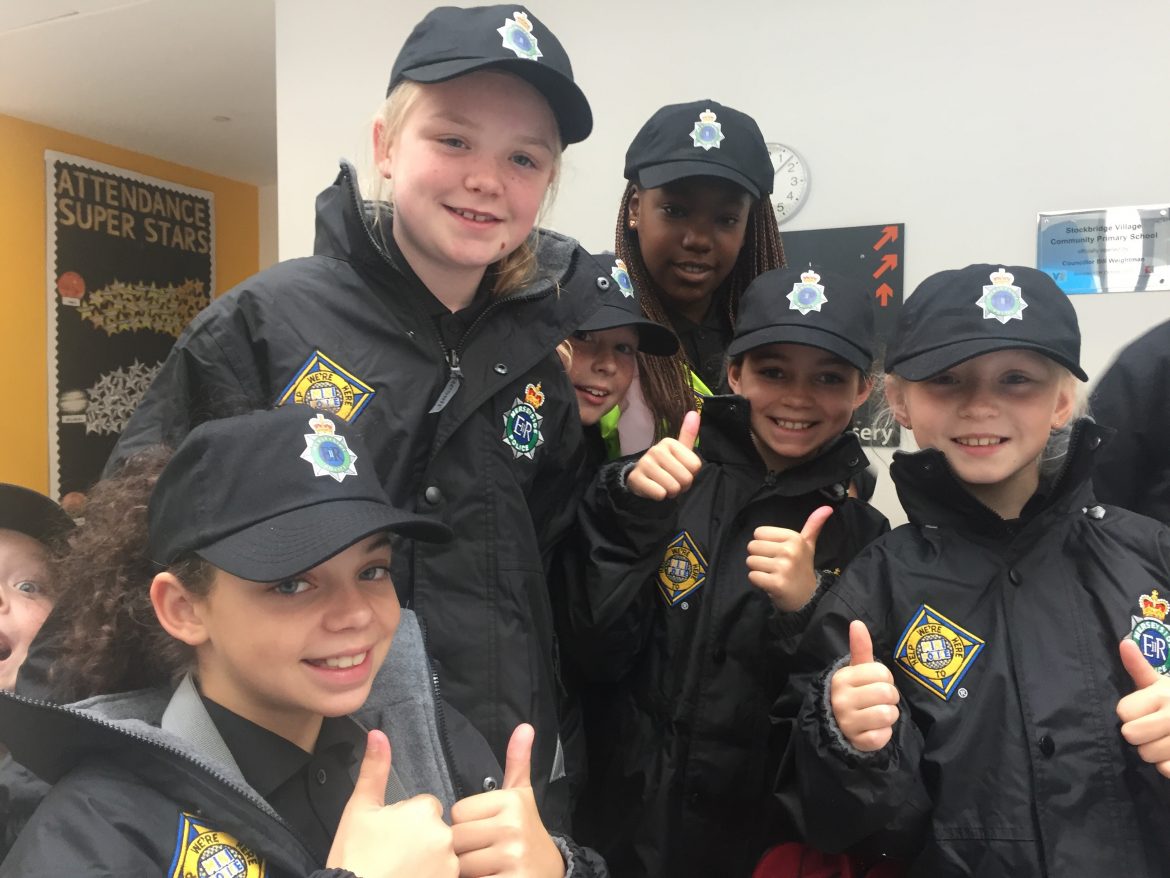 The scheme is a fun and interactive volunteering opportunity for children in Year 5 and 6 across Merseyside to get a taste of what it’s like to be in the police, increase their knowledge of road safety, help out their community, and improve their life skills and confidence.

On the trip to the training centre, there were 120 new recruits who put on their shiny new uniforms to become ambassadors for their school and their local community.

The Emergency Services Training Centre which hosted the spectacle brought in a National Police Air Service (NPAS) helicopter to fly over the children and allow the children to take a look around it as well around other police vehicles.

The Mini Police also had the opportunity to meet some of Merseyside Police’s amazing police horses and dogs, and talk to armed officers.

Since Merseyside Police launched the scheme last September, children from Millbrook Community Primary School in Kirkby have also had the opportunity to take part which you can read more about here.