Knowsley-born Hollywood actor Stephen Graham has joined forces with Knowsley Council to support the #nomoreknives campaign, which is helping raise awareness of the consequences of carrying a knife.

Stephen, star of Pirates of the Caribbean, Snatch and This is England, took time out from his filming schedule to pledge his support to the campaign.  His message is simple – choose life, not a knife.

Knowsley Council is working with the local policing team and Knowsley Youth Mutual to raise awareness of this important issue. Police School Liaison Officers are visiting pupils across the borough’s secondary schools to ensure they understand the dangers of carrying a knife and awareness raising is also taking place at Knowsley Youth Mutual, targeting young people aged 11-19 years.

Knife crime – the facts and consequences

If you get caught with a knife, you could face a prison sentence of up to five years – that’s just for carrying a knife.

Inspector Andy Cunningham, Knowsley’s Targeted Team Inspector, said “We know that tackling knife crime is a real team effort – whilst we have a key role in educating and enforcing, more can be achieved if we pool our resources and raise awareness through all available channels.  We are working with teachers, pupils, parents and communities to support our #nomoreknives campaign and ensure people don’t go out with a knife – the consequences are unthinkable so don’t put yourself in that position.”

Cllr Shelley Powell, Communities and Neighbourhoods Cabinet Member, added “I’m delighted to be supporting the #nomoreknives campaign as we know the devastating affect knife crime has on families and wider communities. It’s also fantastic that actor Stephen Graham is also helping us to get our message out and prevent such incidents happening here.” 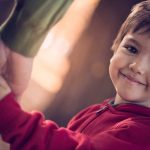