Most recent
Think before you park
Kirkby Gallery needs you!
North West needs to continue to stay at...
Home Other news you may have missed St. Modwen reassures Kirkby residents about regeneration plans

St. Modwen has moved to reassure Kirkby residents that the company remains committed to its Kirkby town centre regeneration plans.

St. Modwen has invested heavily in Kirkby town centre and is continuing to invest in preparing the site for development.  As previously announced, Morrisons, Home Bargains, and KFC have all committed to the development and St. Modwen continues to progress lettings to other major occupiers.

Matt Clements from St Modwen said, “We acknowledge the continued speculation around the development and would like to reiterate that we remain committed to progressing the development.  Our letting programme continues at pace and we hope to announce other major occupiers for both the new retail and the existing centre shortly.

Alongside the preparations for the development of the new retail, St. Modwen continues to drive improvement initiatives for the existing centre such as:-

In addition to acquiring the existing centre for £36m in 2015, we have, since May 2018, spent over £2.3m in preparing the site for development, including major demolition works, professional fees, and ordering new and relocating existing services that needed to be diverted to make way for the development.  In summary, our preparations to start the development are therefore well advanced.”

A Morrisons spokeswoman said, “We continue to work closely with St. Modwen and remain committed to the scheme and to Kirkby.”

Councillor Tony Brennan, Knowsley Council’s Regeneration and Economic Development Cabinet Member, said, “Kirkby Councillors met with St Modwen recently to convey our concerns, and importantly those of the local community who we serve, about the fact that things seemed to have gone quiet.”

“The public sector – including Knowsley Council, NHS Knowsley and Merseytravel – has stood up and been counted by investing over £15million into Kirkby town centre.  It is now time for the private sector to follow suit.  We continue to support St Modwen and Morrisons and are hoping that there will be more detailed announcements on progress soon.” 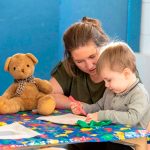 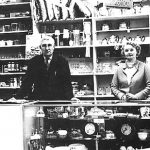