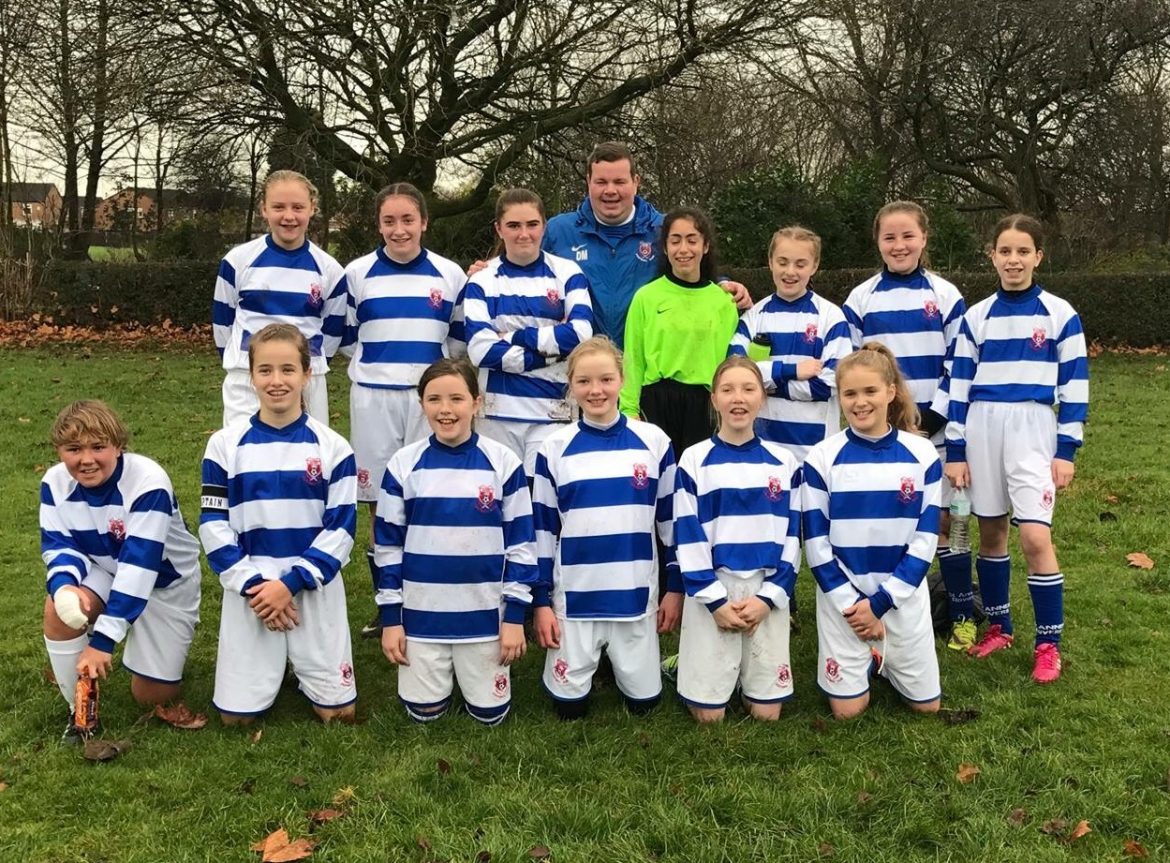 Huyton-based St Anne’s Rovers Girls FC, under 14’s went from being 2-0 down to snatching a brilliant win in a thrilling County Cup quarter-final.

St Anne’s club competed against Elite Girls in a tough football game and fought until the end with the game finishing with a result of 3 – 2 to them.

The club was down by two goals within the first 15 minutes but Sharna Roberts gave the team hope and made them real contenders when she scored shortly before the break.

St Anne’s were not finished fighting and the teammates continued to show their never-die-spirit by scoring another goal to bring the score up to 2 -2.  When the game went to extra time and there was just four minutes left, teammates helped Sharna Roberts to score a brilliant hat trick to top the game off.

Team managers Daniel Moores and Terri Fitzpatrick were delighted with the result and said: “We produced a great comeback to take our place in the last four of the county cup – we are unbeaten in all competitions this season. In the league, we are in second place with two games in hand which could soon take us into the top spot. We would like to say a big thank you to the parents for their support.”

St Anne’s Rovers Girls FC run teams between eight and 18-years-old, and are always looking for new players to join the club. Please contact Terri Fitzpatrick on 07733 204016 for more details.