Home Children and Young People Would you spot the signs that a child is being exploited? 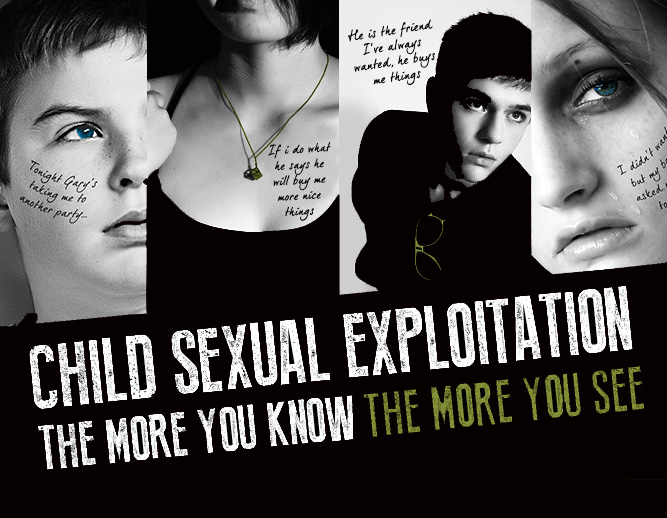 Would you spot the signs that a child is being exploited?

We all have a responsibility to help keep children and young people safe – but would you recognise the signs which could suggest child sexual exploitation?

Merseyside Police is working with local authorities including Knowsley Council to help raise awareness of this sensitive issue. Child sexual exploitation is often in the news but many parents and professionals are still unsure how to look out for the telltale signs of this type of abuse.

What are the signs to look out for?

You can help protect children and young people by being alert to the signs which can often indicate something is wrong.

A child or young person who is being sexually exploited may behave in the following ways:

Many children and young people may not understand that they are being exploited – that’s why we’ve all got a role to play in understanding the signs and knowing what to do if we have concerns. Where can I find out more?

Visit www.listentomystory.co.uk to find out more about the signs of child sexual exploitation.

If you have any concerns, contact Merseyside Police on 101 or 999 in an emergency.

QVC pledge to grow their own for charity