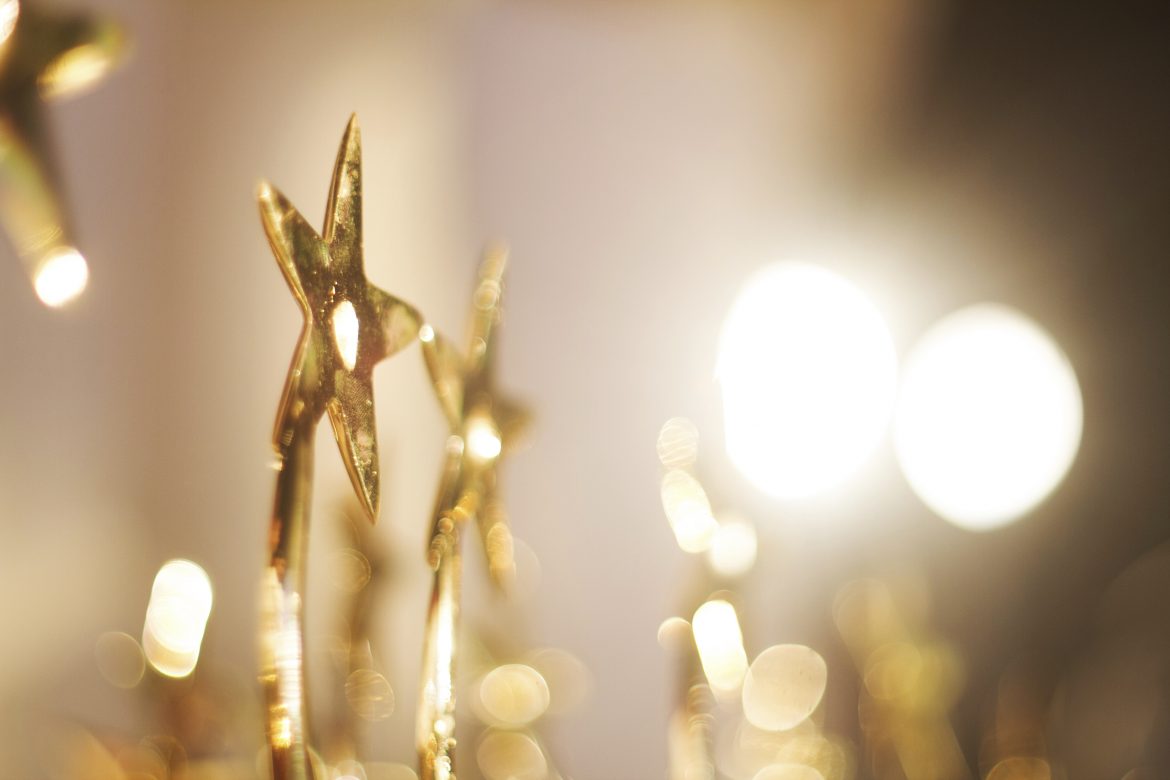 Heroes of the sporting and cultural worlds in Knowsley were recognised at an awards ceremony on Friday, 14 October.

The awards took place at Knowsley Leisure and Culture Park and rewarded individuals, teams and schools who have made great achievements in sports or culture, or who have helped and inspired others to do so.

The big winner of the night was John McMahon, who received the Lifetime Achievement Award. John, a football coach and scout from Halewood has had a successful career in the sport, including working as head coach (Under 16s) at Everton FC, developing talent including Leon Osman, Tony Hibbert and Franny Jeffers. Last season he took the Liverpool County FA U18 team to victory in the national cup final.

Young Artist of the Year went to David Martindale whose interest in breakdancing inspired him to establish a project called Breaking the Mould, which allowed more than 120 local young people to try something new. Meanwhile the Adult Artist of the Year was Prescot’s Steve Talbot, a gifted artist who has also worked on film and television productions and the current Operation’s Manager at the People’s History Museum in Manchester.

Acting Up received Cultural Group of the Year, while the Kirkby Collaborative of Schools achieved Schools Cultural Education Achievement of the Year. Park Brow Primary School in Kirkby picked up School Sports Team Achievement of the Year for their inclusive ethos, which means as many children as possible get to participate in many different sports. Last year, the school entered no less than 32 sport competitions giving 300 pupils the chance to get involved.

Community Group of the Year went to cycling group Pedal Away, and The Big Help Project, which runs Knowsley Foodbank, got the Special Recognition for Outstanding Contribution Award.

Volunteer of the Year went to Thomas Hollett, who works with older people as part of his role with Nugent Care, and whose work with elderly people has truly transformed their quality of life, and that of their families. Young Volunteer of the Year was Nathan Parry, who helps run the Knowsley Harrier’s junior running club.

Teacher, Marjie Brown, was Sport Volunteer of the Year for her work to inspire local children to develop their interest in a wide range of different sports, and for her work in disability sport.

In sport, Coach of the Year went to Huyton Swimming Club’s Nicki Horton and Club of the Year was taken by Huyton Juniors FC. 13-year-old snowboarder Scott Walsh was named Young Sports Person of the Year.

Guests at the awards enjoyed a packed programme of entertainment, including Big Band music from Mason Brown Connection, singing by Chloe Collins and Georgia Farrell from Enchord. There was also a high-octane performance of dance by Street Feet.

As well as musical entertainment, there were some incredible freestyle football skills on display by Ash Randall.

“The calibre of the winners this year, and the breadth of different sporting and cultural achievements is really quite incredible.

“It just shows what a fantastic talent we have in Knowsley, helped enormously by those people who give up their time and energy to support and inspire others – and there were plenty of those people recognised at the awards too.

“The Sports and Cultural Awards are a great way to acknowledge all of this and to say a big thank you and well done to all of Knowsley’s sporting and cultural heroes.”

Find out the winners and runners-up in each category

Read more about who won and why in the following: