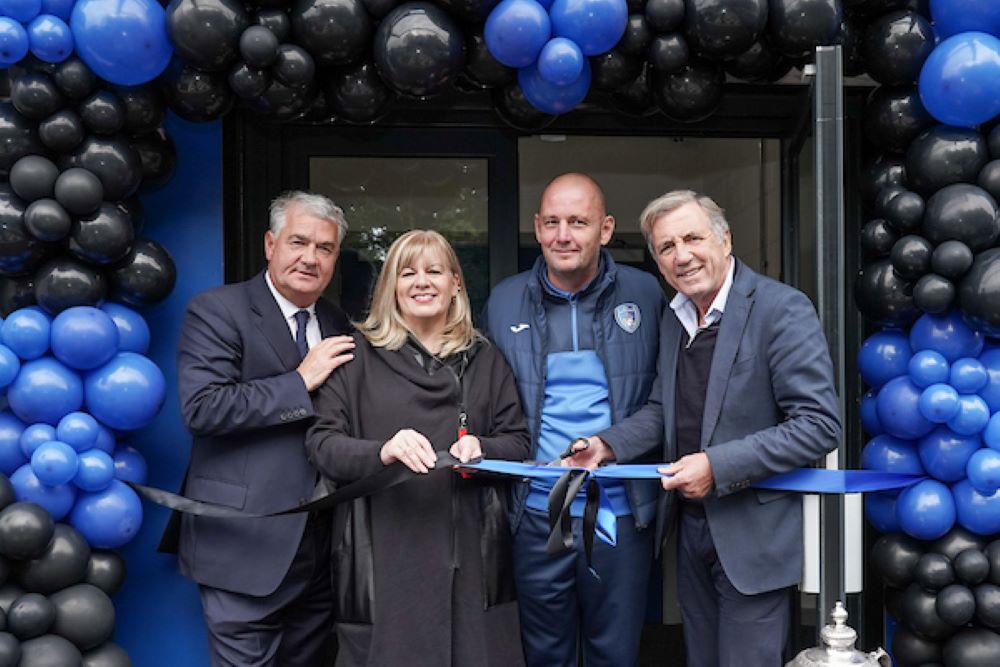 Hundreds of supporters and well-wishers turned out for the opening ceremony which kicked off the club’s first match at the site – transformed as part of a £1.4million improvement programme.

A major element of the investment has seen the rejuvenation of the playing pitches on the site, as well as the creation of a new pavilion and changing facility.

The Football Foundation contributed £600,000 towards the scheme, with the remainder coming through local Section 106 contributions from key local developments, such as Earlsfield Park on Knowsley Lane, plus Astley Road Development.

The works have paved the way for a 27-year leasehold agreement between Knowsley Council and AFC Knowsley who will manage the site under a Community Asset Transfer agreement.

As well as holding their regular games on the playing fields, AFC Knowsley will be supporting local community activities using the pavilion and the wider playing fields site.

In addition to the works on Lord Derby Memorial Playing Fields, Knowsley Council is soon set to embark on improvement works to the nearby Oak Plantation Community Woodlands.  A consultation asking for residents’ views about the proposals for the woodlands will be launched soon.

Cllr Shelley Powell, Knowsley’s Cabinet Member for Communities and Neighbourhoods said: “I was delighted to join the celebrations which marked the start of a new and exciting era in the club’s history. As well as securing the future use of the playing fields, these improvements have significantly enhanced the offer for outdoor sports provision and recreation in the area for both existing and new residents.”

Cllr Louise Harbour, Cabinet Member with responsibility for Community Asset Transfers, added: “I’m confident the transfer to AFC Knowsley will see the club go from strength to strength and the improved facilities will become a thriving and well-used community asset.”

Mike Gibbons, Chair of AFC Knowsley, said: “It gave me great pleasure to formerly open the new AFC Knowsley pavilion on Saturday alongside Cllr Powell, Ian Snodin and Alan Kennedy. The completion of the 1.4m redevelopment now gives us the infrastructure and facilities to compete at all levels.

“The inclusion of a function room as part of the redevelopment now allows us to reach out to the wider community and enhance the social values that are at the heart of our culture at the club. It’s now great to be able to focus on the future which is certainly going to be a bright one for all involved with AFC Knowsley.”

Huyton and Stockbridge Village come together to create safer communities