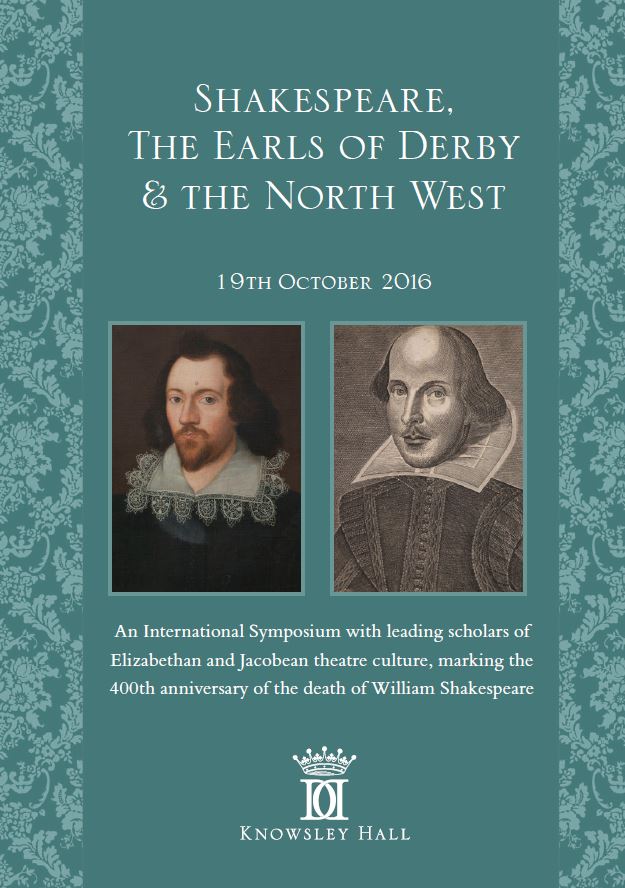 An International Symposium with leading scholars of Elizabethan and Jacobean theatre culture took place in Knowsley this week, marking the 400th anniversary of the death of William Shakespeare.

The symposium at Knowsley Hall presented delegates with new research and interpretation about the deep involvement of The Earls of Derby and other members of the Stanley family in the world of Shakespearean theatre, especially in the North West.

The event was hosted by The Earl and Countess of Derby, in conjunction with Shakespeare North Trust and Liverpool John Moores University. It  brought together world-famous speakers to talk about the story behind Prescot and Knowsley’s links to Shakespeare: in other words, the Shakespeare North story.

This is the very first time that all of the historical links have been put together between Shakespeare, the sixteenth- and seventeenth-century Earls of Derby, and Knowsley and Prescot.  And it was fitting that it should be done in front of an audience meeting in the very place where it all happened, 400 years ago.