Most recent
Thank you to our volunteers and community groups
Grass cutting services resume
All Knowsley Boots Pharmacy Consultation Rooms become safe...
Home Other news you may have missed Shakespeare plans for Prescot considered

A proposal to create a new Shakespearean theatre and education centre in Prescot will be considered for planning approval later this month.

The plans from Shakespeare North Trust propose the creation of a new 350-seat playhouse and college to be located in Prescot, on the site of the only freestanding purpose-built Elizabethan era theatre outside of London.

The plans celebrate Knowsley’s connections to William Shakespeare and build on the evidence that suggests Shakespeare’s earliest plays were performed in Prescot.

Last month, Knowsley Council pledged £6m of funding for the theatre, if planning permission is granted on Thursday 21 April.

It was followed by an announcement from Government that they too will contribute a further £5m towards the project.

Shakespeare plans for Prescot considered was last modified: May 9th, 2016 by Gemma Melling 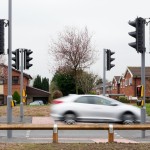 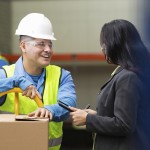