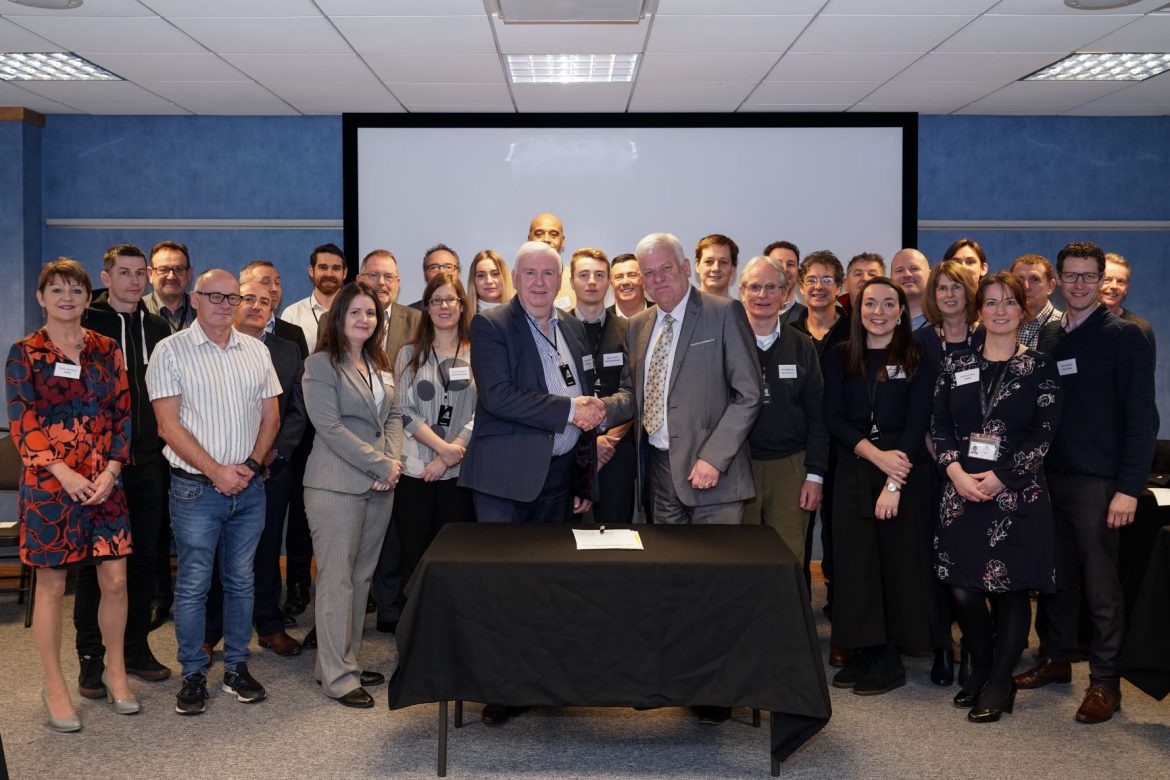 The key partners leading on the delivery of the Shakespeare North Playhouse in Prescot have signed a construction Partnership Charter for this once in a lifetime project.

The Partnership Charter, which was advocated by the North West Construction Hub, enshrines a culture of open and collaborative working which will support the successful delivery of the Playhouse.

It builds upon the collaborative and innovative working approach already in place between Knowsley Council, construction partner Kier Construction, the supply chain and design team.

The charter, which is best practice for construction projects of this kind, sets out agreed standards for delivering the project and working together. 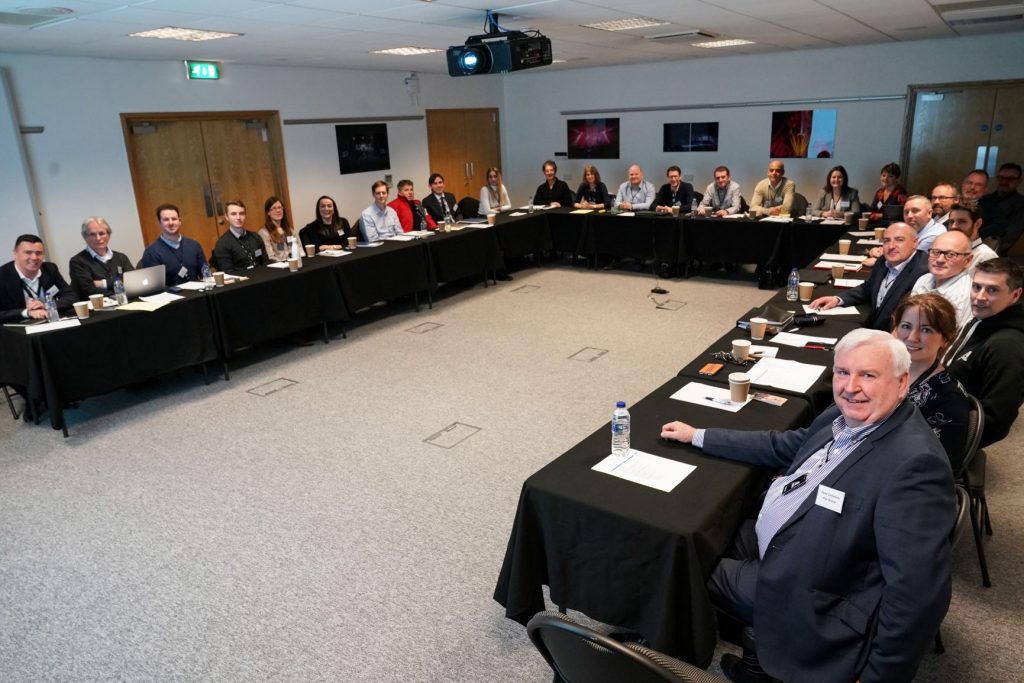 “The Shakespeare North Playhouse is a transformational development for Prescot, Knowsley and the wider Liverpool City Region. It is forecast to attract more than 140,000 new visitors to the area, increase spending in the local economy, create new jobs and opportunities for the local supply chain. By signing this Charter, everyone involved in the construction of the Playhouse has committed to the successful and collaborative delivery of this project.” 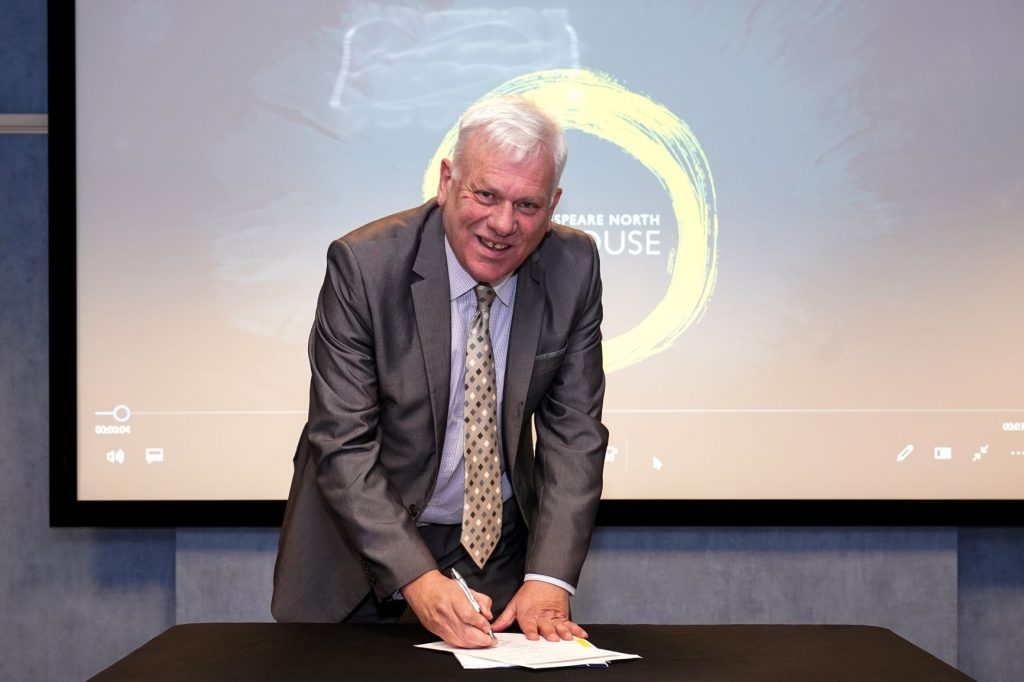 “This Charter highlights our dedication to a true collaborative working relationship with Knowsley Council and our supply chain working on the Shakespeare North Playhouse project. Our aim of working with as many local supply chain companies as possible will ensure the project delivers multiple social benefits to the local area.” 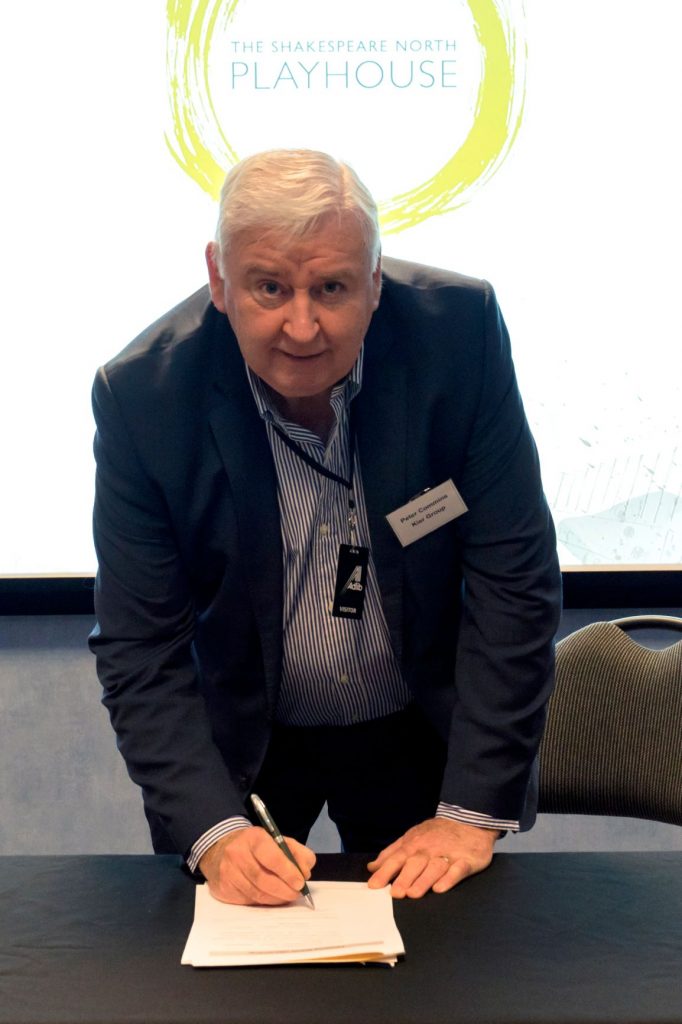 Once built, the Shakespeare North Playhouse, modelled on the cockpit-in-court design of the 17th century, will complete a ‘Shakespearean Triangle’ – London, Stratford-Upon-Avon and Prescot. It will also provide cradle to grave learning opportunities, an outdoor performance garden, ‘black box’ studio, an exhibition centre and visitor attraction for Knowsley and the wider Liverpool City Region.

The Shakespeare North Playhouse celebrates the history and heritage of Prescot and the area’s links to Shakespeare and the Earls of Derby. Alongside high profile Shakespearean drama, the Playhouse will host a variety of comedy, music and theatre performances.

The Playhouse has attracted support from some well-known names from the world of theatre and the arts, including Sir Ken Dodd, who will have a performance garden created in his memory and acclaimed actress Dame Judi Dench.