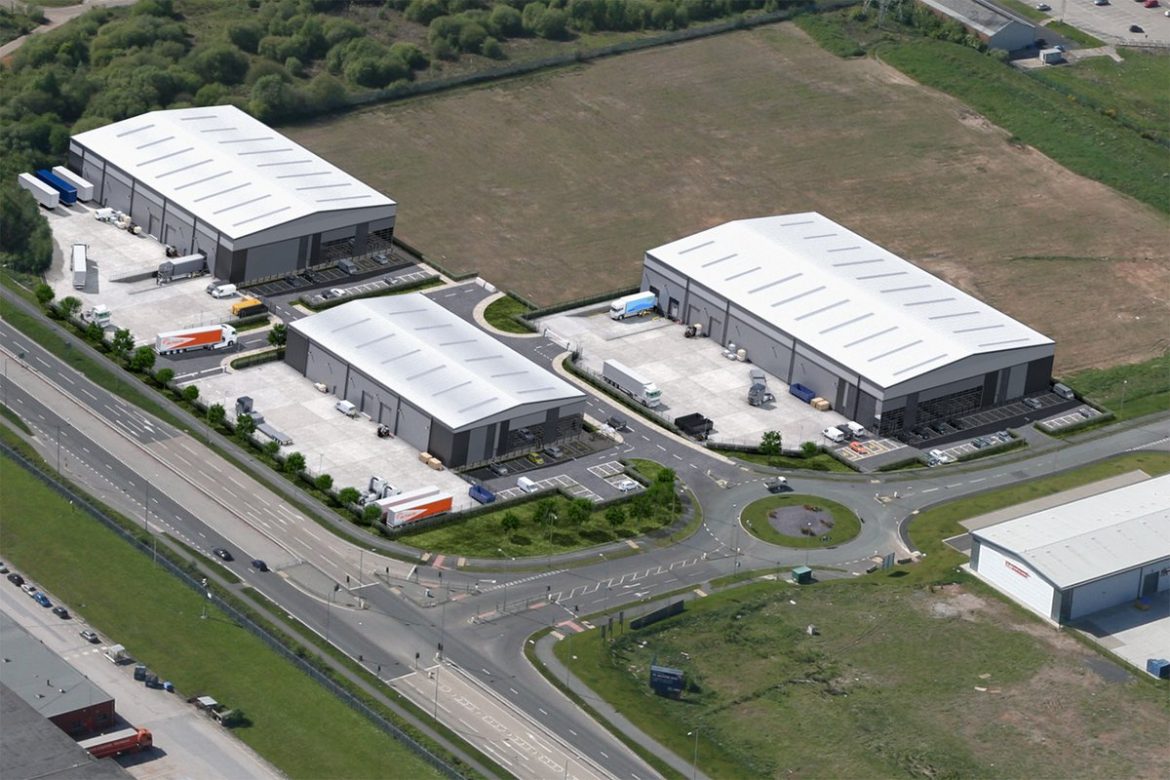 Element at Alchemy will total 103,500 sq ft and comprises three self-contained, highly specified industrial warehouse units of 22,900, 35,200 and 45,450 sq ft. The units have each been designed to appeal to a wide range of logistics and industrial occupiers and will feature large self-contained and segregated yards, generous office and car park provision with 10m eave heights and dock level access provision on the two larger units.

“This latest development is a further demonstration of the confidence that an increasing number of developers have in choosing Knowsley, and in particular our strategic location, to invest and do business.”

“We are delighted to be bringing forward this latest scheme following successful starts elsewhere in the region and we are very grateful to both the Combined Authority and Knowsley Council for their ongoing support. It is well known that there remains a shortage of industrial warehouse space across the region, especially of this quality.

“This, coupled with the prominence and accessibility of the location and presentation of the site, makes Element a very compelling proposition.”

“Our key role as a Combined Authority is to create the conditions for economic growth, which will benefit everyone in the city region. High-quality projects like this, which provide jobs for local people and act as a catalyst for the local economy, are exactly the kind of scheme we are keen to support.”

The scheme has been supported by a £1.9 million Local Growth Fund grant provided by the Liverpool City Region Combined Regional Authority through its Single Investment Fund, and by Knowsley Council with Caddick Construction again being appointed contractor for the project following its successful appointments in St Helens and Stoke.

Works will start on site in June with completion expected in May 2019.  B8 and CBRE are the appointed agents for the scheme and both have already reported encouraging interest from a range of prospective occupiers.