Knowsley Council’s Sustainable Borough Scrutiny Committee met this week and received an update on pest control services in the borough.

The Committee were keen to understand what progress had been made since the services were last subject to a review in 2015 and if any further improvements could be made.

Members were reassured that waiting times for reports relating to rats and mice have reduced from 10 days to 24 hours for a response and that the service continues to offer value for money when compared with private contractors and neighbouring authorities across the Liverpool City Region.

Planning for the future

Members discussed the potential impact of major planned development work in the borough on pest control.  It was acknowledged that this work could displace existing pest populations. The ongoing redevelopment of Kirkby town centre was cited as an example of effective pest control during major demolition works.

The Committee agreed a number of recommendations to further improve pest control in the borough including:

The council has taken a proactive approach

Cllr Eddie Connor, Chair of the Sustainable Borough Scrutiny Committee, said: “Following the review of pest control services in 2015, it is clear that the council has taken a proactive approach to pest control which has resulted in reduced calls for service and improved response times.

“We have recommended that the pest control team work closely in partnership with developers, utility companies and housing providers to take action at the earliest opportunity as well as targeting more derelict areas to identify issues. We expect that the council’s ongoing liaison with United Utilities will continue in relation to their sewer baiting programme aimed at tackling rat populations, with a view to it being introduced in the borough at the earliest opportunity.” 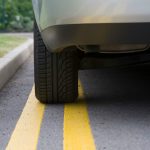 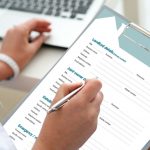