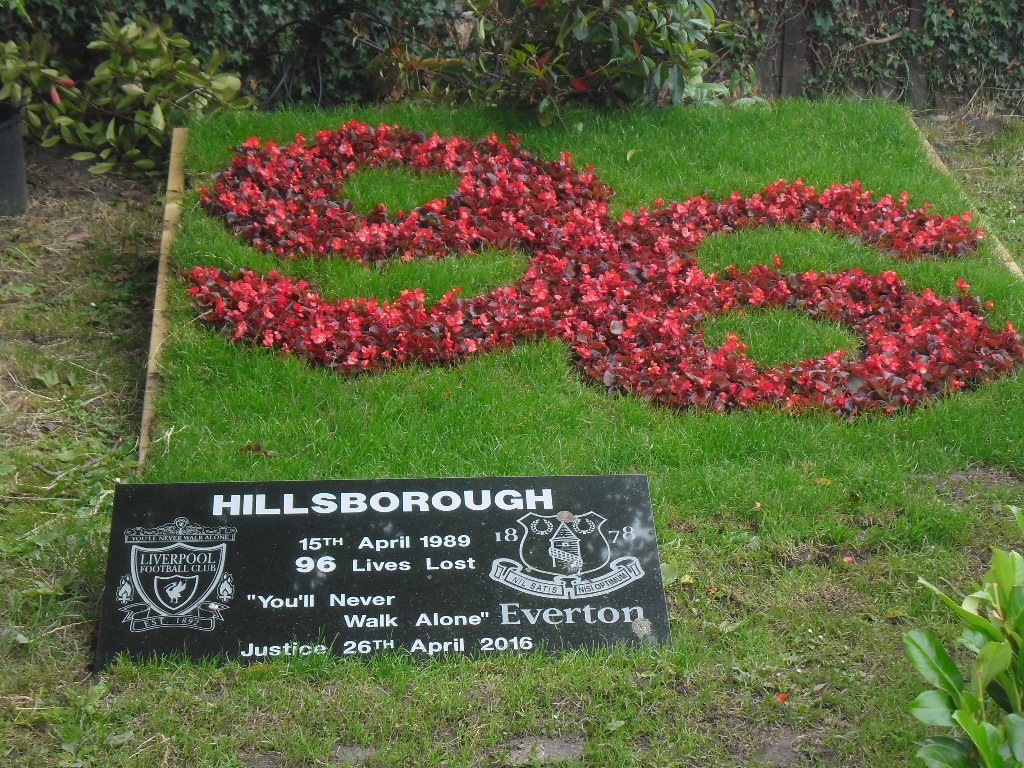 School opens garden to remember the 96

A beautiful garden, created in memory of the 96 football fans who lost their lives in the Hillsborough stadium disaster has opened at a Huyton Junior School.

They were joined at the opening ceremony by special guests including the Mayor of Knowsley, Cllr Frank Walsh, George Howarth MP, representatives from the Hillsborough Group & Support Group, the Archdiocese and Knowsley Council, local councillors and school governors. There were also representatives from both Liverpool and Everton Football Clubs. Everyone was invited to take time to stroll around the newly created garden during the event, which was led by prayers and a blessing from Father Mark. Overall there were more than 700 people including children, staff and guests in attendance. Children at the opening event

The memorial garden has been carefully designed and created in memory of the 96 victims of the 1989 Hillsborough disaster. At its centre is a carved stone bearing the number 96 along with a 96 emblem made of plants. The children had also planted up 96 pots with help from the school gardeners. During the opening event, guests were invited to take one of these planters and place them around the edge of the garden, where they will stay.

The school would like to thank all those who gave time and materials to make the garden possible. The plants were donated by Simon & Sue Lyons, the school gardeners, and the stone carving was donated free of charge by a relative of the Assistant Headteacher. The wood for the planters was also donated by North West Timber Treatments in St Helens. Putting the 96 planters in position around the garden

Keeping the memory of the 96 alive

“We feel the garden, which all the children can access at all play times, is a wonderful way to ensure that the 96 are never forgotten.

“The pupils really enjoyed getting involved in the planning and planting and they are very proud of what they have created. It is a great tribute and a lovely space that all 500 pupils at our school will enjoy for a long time to come.”