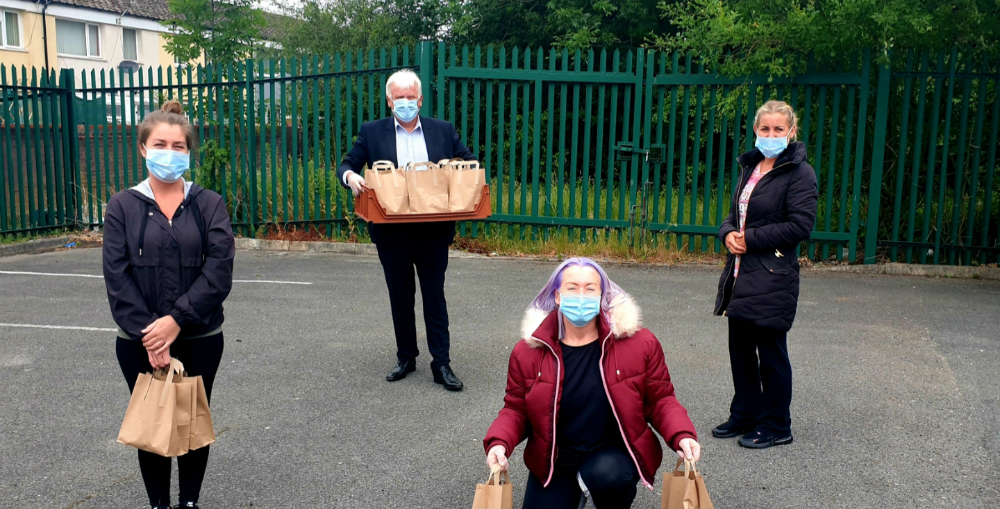 Vulnerable residents in Stockbridge Village have been enjoying delicious hot meals delivered to their door thanks to the hard work of a team of school cooks, local councillors and volunteers.

More than 3,000 nutritious meals have left the school kitchen at Stockbridge Village Primary school since the lockdown started in March. The idea came about after the school chef, Carla Leonard, got in touch with Knowsley Town Council to ask if she could help with their Covid-19 food project.

With fewer children attending school each day, Carla was keen not to see any of the kitchen’s supplies go to waste, so with permission from Knowsley Council, she began using the surplus ingredients to cook up batches of hot food for local elderly or vulnerable people who were self-isolating.

Carla, helped by two of the school’s other chefs Kelly Howes and Julie Jago, were asked by the Council to continue working from the school, cooking not only for the children of keyworkers but also in preparing meals for delivery into the community. Very quickly, the team of local Knowsley Town Councillors and their volunteers, who were already delivering food parcels to those in need, began distributing the hot meals, too. Soon they were helping feed between 60 – 100 people every day.

Once supplies began to run out in the kitchen, the Town Council stepped in to buy more food to be prepared by Carla and the team. Meanwhile, ForHousing helped make sure the meals were going to those who needed them by nominating households to receive the food.

Soon, the project had snowballed and, thanks to an additional donation of £8,000 from Knowsley Town Council, hot meals were being delivered to each home up to three times a week, along with a box of ‘essentials’ to help support people who were isolating or shielding during the height of the lockdown. 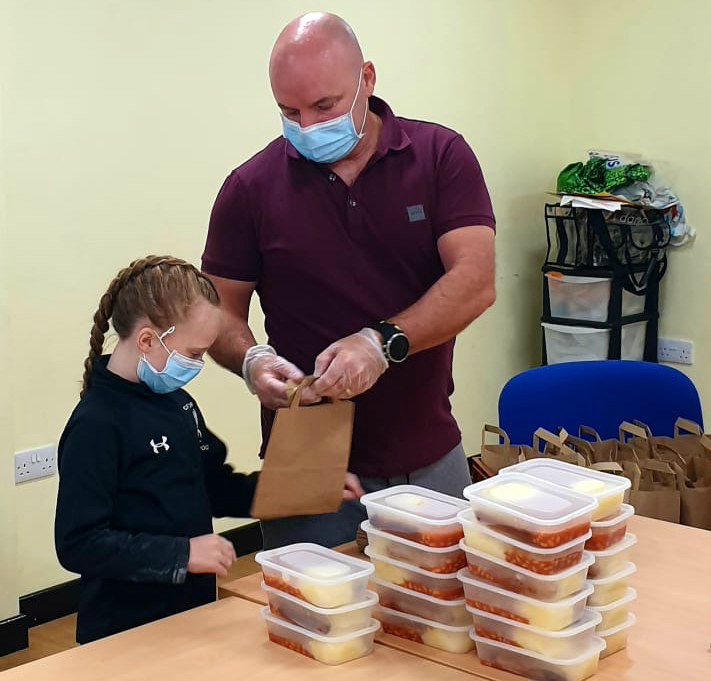 Cllr John Donnelly, who represents Stockbridge ward on both the Town and Borough Councils, and is the current Knowsley Town Mayor, said:  “This all started from a kind idea by Carla in the school kitchen who called me and said she would love to make us healthy meals to go with the food parcels we were delivering. Very quickly, it brought lots of people together to help feed and support the most vulnerable in our neighbourhoods.

“It was such a fantastic example of the community pulling together and using that incredible spirit to help others. It seemed like everyone wanted to help out. I was really honoured to be part of it.”

Cllr Donnelly explained: “As well as the financial support from both Knowsley Town Council and Knowsley Borough Council, we also had local businesses and individuals making donations to help us – offering things like masks, household essentials, fruit and veg and other foods, or giving money towards buying those items.

“The majority of the people we delivered food to were elderly, often living alone and with no friends or family nearby to help them. We know it meant an enormous amount to them to know they weren’t forgotten and that they could look forward to a delicious hot cooked meal – because they told us every time at the doorstep! We had so many messages of thanks including some lovely cards.

“Despite all the bad things about this pandemic, it really was such a positive to see just how much community spirit and kindness there is in Stockbridge Village – it’s really special.”

Cllr Graham Morgan, Leader of Knowsley Council, said: “This really is the very best example of the ‘Knowsley Better Together’ ethos we have in this borough. Kind-hearted individuals joining forces with local agencies, supported by local businesses making a real difference and helping to protect our most vulnerable people. It was a privilege for me to help deliver some of these meals and see the impact of this work first hand. A huge thank you to everyone who has made this happen.”

Working with police and residents to tackle crime in our borough