Most recent
Think before you park
Kirkby Gallery needs you!
North West needs to continue to stay at...
Home Children and Young People Knowsley schools should open safely, not quickly Knowsley Council has moved to clarify the situation regarding the potential re-opening of schools in the borough.

The Prime Minister announced on Sunday, 10 May his intention that schools could re-open “from” 1 June, initially for Reception, Year 1 and Year 6 pupils. This has, of course, led to lots of questions and concerns from parents and teachers about how this will happen in Knowsley – and when.

What is happening with schools in Knowsley?

The Prime Minister said schools could reopen “from 1 June” – this does not mean that they must, or will open from this particular day – it simply means that at some point after this date, schools may reopen.

Knowsley Council and all schools in the borough have now had guidance from the Government about how they think this might happen. Everyone involved in education in this borough is clear: The decision to reopen schools will be taken ONLY when it is safe to do so – and not just to meet a particular date, or to do so ‘quickly’.

Schools are now working hard with the council, their Governing Bodies, staff and trade unions to draw up plans which will address the new health and safety challenges. They will be consulting with parents and carers, and ultimately, each school will make its own decision about when and how they can reopen safely – probably with a phased reopening of some kind.

The top priority is for schools to re-open safely rather than quickly, or on any given day.

Please rest assured – the safety of pupils, staff and parents/carers is the most important thing.

Cllr Margaret Harvey, Cabinet Member for Children’s Services, said: “Our position in Knowsley is clear – schools will re-open when it is safe to do so.

“We have been supporting our schools throughout the pandemic and we will continue to do so to ensure that appropriate plans are in place which ensure the safety of pupils and school staff, as well as offering reassurance to parents and carers.

“Preparations for re-opening will continue and once schools are ready to re-open, they will communicate their re-opening plans directly with parents and carers.”

Please note, whilst these preparations are ongoing, emergency childcare for vulnerable pupils and the children of key workers will continue in its current format until further notice, adhering to social distancing guidance.

Knowsley schools should open safely, not quickly was last modified: May 14th, 2020 by Gemma Melling 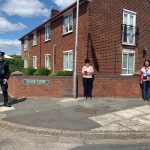 Crime and Communities Team continue to tackle issues that matter 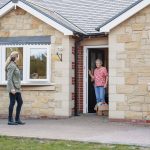