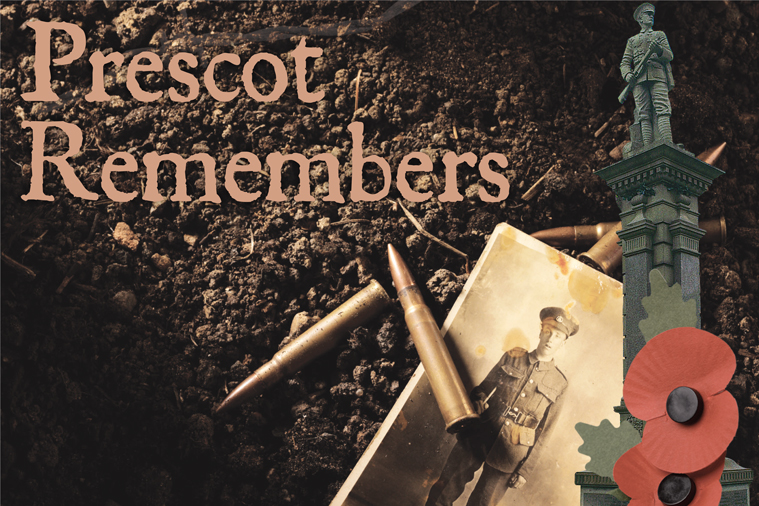 On Saturday 18 June, Prescot’s role in the two world wars will be commemorated with an afternoon of activities.

Prescot Townscape Heritage Initiative (THI) has teamed up with the Prescot Festival to celebrate the Centenary Year of the Grade II listed War Memorial in Prescot town centre and to commemorate the significance of those from Prescot who were loved and lost in the First and Second World War.

Throughout the afternoon, you will have the chance to view medals, letters and other artefacts from both wars, talk to a prisoner of war who spent time in Huyton’s POW camp and hear from local historian Stephen Nulty about the war memorial.

There will also be an inflatable assault course for children (aged 5 and over) to tackle and test out their combat skills.

2 – 2:45pm Excerpts from the touring performance of ‘Some Mothers Sons’, followed by Q&A with a Knowsley settled POW from Huyton prisoner of war camp
Marquees outside St Mary’s Church on Church Street

7pm Prescot Festival: From Darkness to Light…
Tickets are £5 and can be bought from Poco Coffee, 30 Eccleston Street, L34 5QL, or www.prescotfestival.co.uk (under 16’s free with an adult)
Parish Church

The Prescot Townscape Heritage Initiative (THI) is a five year project to repair, restore and re-use historic buildings and spaces in Prescot town centre. Find out more about the work of the Prescot THI.

The Prescot Festival of the Music and Arts starts on Friday 17 June and runs until Sunday 26 June. There will be 10 days of arts, music, culture, heritage and entertainment across a variety of venues.

A Levels in Knowsley – your questions answered