Home Children and Young People Could you make the change to real nappies? 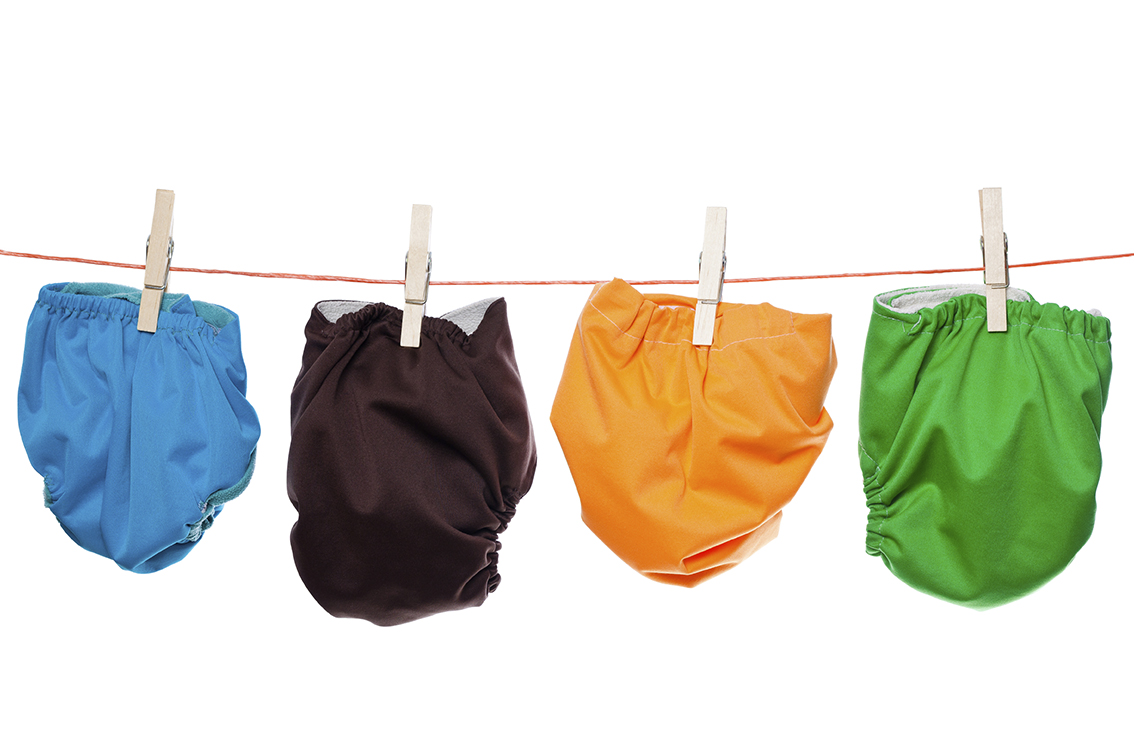 Did you know that by ditching the disposables and changing to real nappies you could save hundreds of pounds a year?

It’s estimated that over the two and half years a child’s in nappies, families pay roughly £900 on disposables – compared to less than £400 on re-useables.

And don’t forget the cost to our environment. Just one baby’s disposable nappies fill 40 bin bags each year, with UK families sending 355,000 tonnes of disposable nappies to landfill annually. This costs councils – and tax payers – a massive £32 million in landfill taxes a year.

Modern re-useable nappies work and look almost identical to disposables. The only difference being parts of them are washed rather than thrown away. How much you save depends on the type of re-usable nappy you choose. Which types of real nappies are there?

All-in-ones: With these nappies, the inner nappy and the outer waterproof wrap are combined. They look a lot like disposables and are usually fastened with Velcro. They are quite bulky and tend to be slightly harder to launder and take longer to dry.

Two-piece: These consist of a nappy part and a wrap for going over the nappy. Two piece nappies can either be flat (terry style circa 1980!), pre-folded or fitted (which are more like a disposables).

Find our more about real nappy products and events at www.goreal.org.uk