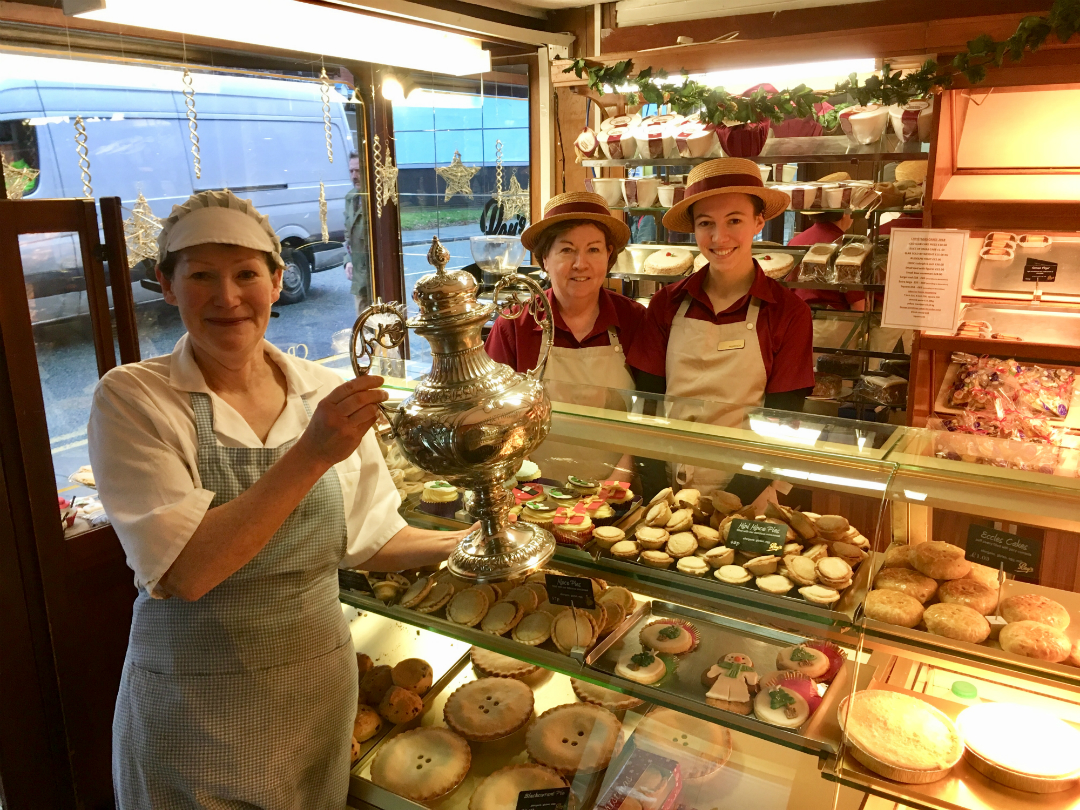 Much-loved local bakery, Ray’s, has been awarded the prestigious British Confectioners Association (BCA) Cup, one of the oldest trophies in baking.

The British Confectioners Association is an organisation of 60 elected members made up of the top bakery businesses from across the country. Every two years they award the BCA Cup to the member who has obtained the most points during product assessments in the previous two year period.

The winning products submitted for judging by Ray’s included their signature Christmas cake, lemon drizzle cake, chocolate gateau and millionaire’s caramel as well as savoury treats such as their vegetarian pasty and scouse pie.

The Cup puts them amongst the biggest names in baking

Michele Ray, owner of Ray’s Bakery said: “I am so proud to have the beautiful trophy in the shop window.  It is engraved with some of the biggest names in the history of baking in Britain, and Rays will now be added to them!”

Founded in 1924, Ray’s in one of the longest running businesses in Prescot. In the early 1920’s Marion Ray began selling home-made cakes in a corner shop on St Helens Road in Prescot. The cakes proved so popular that she decided to open her own bakery.

Ray’s has a long history in Knowsley

In 1924 Ray’s Bakery opened in High Street in Prescot and still trades from these premises. Marion’s son Jim ran the business for 40 years, until 1987 when his daughter Michele took charge. There is now a delicatessen & a coffee shop alongside the bakery and they opened a second shop in Allerton in 2012.