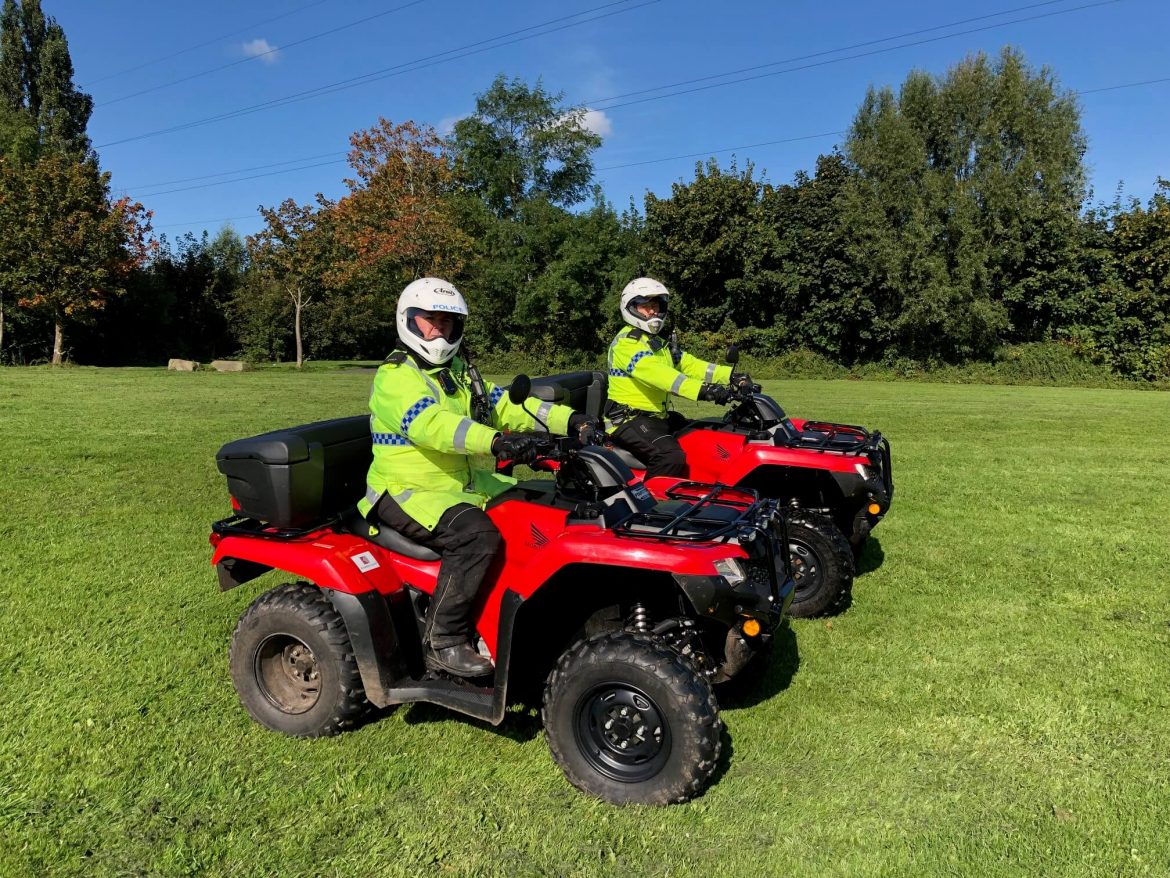 Quad bike continues to secure arrests and seizures in Knowsley

Over the last two months, Knowsley’s local policing team, with the help of a Knowsley Council funded quad bike, have seized 32 motorbikes, scrambler and quad bikes from borough’s streets. The team has also made 22 arrests for a variety of offences.

The council funded quad bike has been in operation since September last year and is used to tackle the anti-social and criminal use of motorbikes and scramblers in Knowsley. Since then, in just eight months, Knowsley’s policing team have successfully seized a total of 83 bikes. Thirty nine arrests have also been made for offences including drug possession, theft, and dangerous driving.

Force-wide Merseyside Police has reported an increase in the use of these nuisance vehicles during ‘lockdown’ but are working hard to tackle this anti-social and criminal behaviour. Knowsley’s Policing team has worked closely with the Matrix team who employ disruption tactics to targeted areas and offenders and over recent weeks has issued warrants, made arrests and supported the seizure of vehicles.

Chief Inspector Phil Mullally, Knowsley Local Policing Team said: “Our operation to tackle the issue of nuisance vehicles continues to be a huge success for Knowsley. Through joint working and strong partnerships, we have been able to disrupt and deter these criminals and importantly take these dangerous bikes off the streets.

“Crucially we are able to do this by the public coming forward and sharing information with us. When we receive information and intelligence we can respond and also deploy our resources to hotspot areas.”

Cllr Shelley Powell, Cabinet Member for Neighbourhoods and Communities, said: “We know that the use of scrambler and quad bikes is a blight on our communities so I’m delighted to see the positive results achieved by Knowsley’s local policing team – particularly with the use of our funded quad bike. Thanks to a collaborative approach with the police, and importantly our residents, we are able to tackle this priority issue and continue to help build better and safer communities.

If you would like to report the use of scrambler bikes or any other criminal and anti-social behaviour or are a victim of a crime you are encouraged to report this to Merseyside Police via 101 or online here.

Boost your mental health with kindness

If you’re unwell, don’t put off seeing your GP