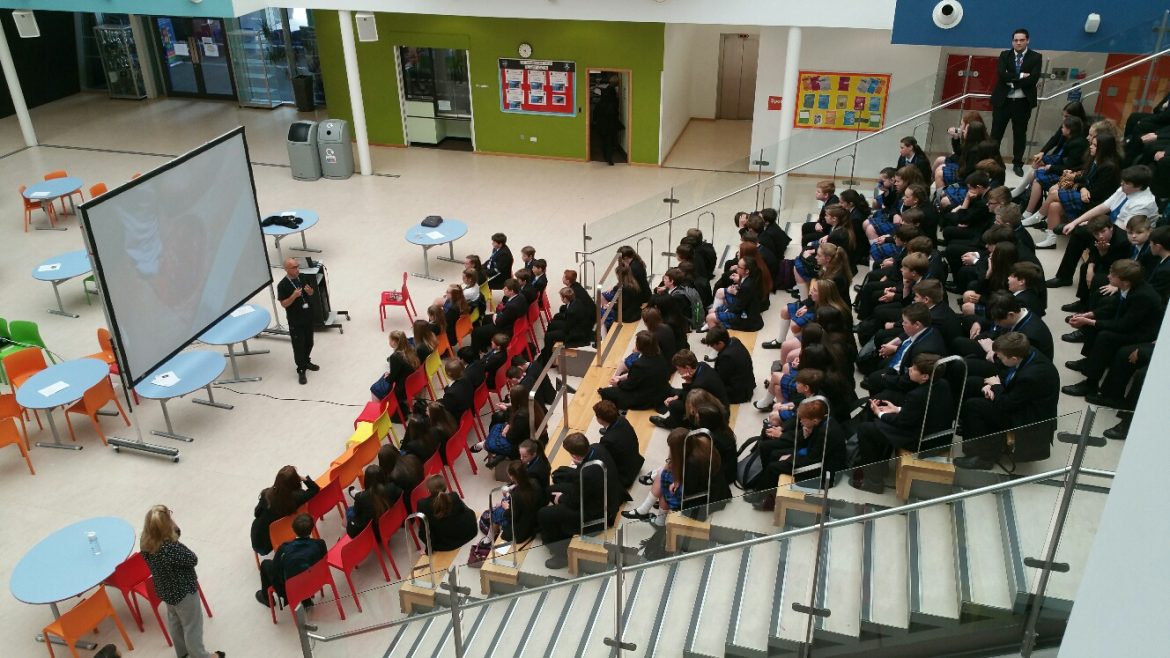 As part of the commitment of partner agencies in Knowsley to support the #nomoreknives campaign, Rob Jackson, Clinician Nurse at the Royal Liverpool Hospital delivered a thought-provoking presentation to almost 400 pupils at Halewood Academy this week.

Rob gives detailed examples of his day-to-day work, the types of injuries he deals with, clearly illustrating these with images taken whilst he is performing surgery.

Cllr Shelley Powell, Cabinet Member for Communities and Neighbourhoods, said “Feedback from the pupils was extremely positive with many talking about the presentation throughout the rest of the day. Rob’s experiences has certainly helped to get the ‘no more knives’ message across to pupils.”

The council is working with partners including Merseyside Police, Knowsley Youth Mutual and health services to help raise awareness of the #nomoreknives campaign. The campaign has also received support from Hollywood actor, Stephen Graham who lived and was educated in Knowsley.  Stephen’s message is simple – choose life, not a knife and you can watch his message below.

Knife crime – the facts and consequences