Knowsley Council is continuing to work alongside Merseyside Police to urge the public to act responsibly and avoid hosting and attending unlicensed events and illegal gatherings.

The council would like to thank the vast majority of you who are adhering to social distancing measures and protecting the wider community from the virus as well as those who are continuing to keep an eye out for suspicious behaviour and reporting it to us.

Chief Inspector, Phil Mullally, Knowsley’s local policing team said: “We are appealing to the better nature of our communities who we know are getting frustrated with lockdown rules, but who we are also relying on to continue following government guidance in order for further restrictions to be eased.

“So, our plea is for all of our communities to please avoid any planned gatherings or unlicensed events this weekend that do not adhere to current government guidance and social distancing.

“It has never been more important than now to ensure that we all follow government advice, in place specifically for the health and safety of those living in Merseyside.

“Thank you to those who have been vigilant and reported these illegal gatherings to us – we are grateful for your continued support. However the virus has not gone away; 5,349 people are reported to have contracted coronavirus across Merseyside, some of whom are still currently unwell and others who have sadly died. It is not one person’s job to stop the spread of the virus, we all have a duty of care to protect those who might be more susceptible to it and by avoiding these illegal gatherings, you can ensure you are inadvertently taking a step in the right direction.”

Cllr Shelley Powell, Cabinet Member for Communities and Neighbourhoods, said “We need to still adhere to social distancing to help stop the spread of this virus, so mass gatherings such as these unlicensed events is completely irresponsible behaviour. This pandemic is far from over and unless people start to act responsibly, we face a second wave. Parents also need to know where their children are and what they are doing.”

In the past few weeks, we have seen officers break up gatherings as well as clear extensive amounts of rubbish left behind following these events in Rainford, Knowsley, Aigburth as well as on our beaches in New Brighton, West Kirby, Crosby and Formby and most recently at The Devonshire House Hotel in Liverpool.

On the beaches, a large amount of rubbish was left following a number of illegal gatherings over the Bank Holiday weekend, resulting in significant and costly clean-up operations.

In Knowsley, officers were called to an illegal gathering that had continued throughout the night of 1st June in the wooded area near Huyton. The event again saw a significant amount of rubbish and items consistent with drugs misuse littering the area and meant the landowner had to pay out to clean what had been left behind.

Following this, on 6th June, in Rainford, officers attended an area of private land close to the M58 as a large number of young people had been seen congregating in the area. Police turned away around 200 people in vehicles and on foot as well as having to close the East Lancs Road to deter further attendees. Four men were arrested on suspicion of Section 5 public order offences, causing a public nuisance and were provided with dispersal order notices. Their DJ equipment, lighting and lasers were also seized.

A further 15 dispersal notices were provided, 12 people dealt with for drugs offences, 10 dispersal zone notices issued, and 15 Covid-19 tickets issued. As well as a significant amount of rubbish, alcohol containers and evidence of drug misuse located and the site had to be cleaned up by the landowner. The land was also deemed unsuitable for the cattle, who also had to be accommodated elsewhere, causing another expense.

On 12th June, another unlicensed event was hosted on Otterspool Drive, Aigburth. Patrols attended where they again seized DJ equipment and arrested two people on suspicion of possession of a controlled drug.

Most recently, at around 8pm on 16th June, officers were called to The Devonshire House Hotel following reports of another illegal gathering. Five people aged between 14-17 were taken home by officers whilst a 21 and 22 year old were both given Covid-19 fixed penalty notices. Officers also seized DJ equipment.

In total, we have issued 517 Covid-19 fixed penalty notices and our proactive policing continues to ensure the safety of those living in Merseyside, as well as bringing those to justice who are involved in criminality.

Chief Inspector Mullally continued: “Hosting or attending these sorts of events, whether they take place in an area of natural beauty, other open spaces, private land or inside a property or venue, puts you and the wider public at significant risk. I am therefore asking those who had considered attending any unlicensed event this weekend, to think again and to those who may know of one being hosted, to tell the police.

“The Covid-19 pandemic is not over, nor should we treat it like it is. Yes, restrictions have been eased, however this does not mean that normal life resumes.

“Wherever an event is held, you put yourself and others at greater risk of catching and spreading coronavirus. On top of this, those who are consuming drugs and alcohol at these events are again risking their health and putting themselves in danger.

“On a number of occasions, a huge amount of rubbish has also been left behind, showing both the organisers and those attending do not care for public health, the community surrounding them or indeed their own safety.

“Government guidance still states that we must continue social distancing, that we must only meet in groups of six at most, have one ‘social bubble’ with one household and of course, be acting sensibly.

“Having to deal with these sorts of unnecessary incidents puts an extra strain on both police and our partners, at a time when all key workers face a huge challenge to join the national effort to beat this pandemic and protect the public.

“So if you are a parent or guardian, please ask where your child is going and who they’re meeting up with. If we all pull together, we will be able to return to normality a lot sooner.

“Like every weekend, we’ll continue to be on patrol to ensure our communities feel safe to go about their daily business. This pandemic affects us all and it is in your best interest that illegal gatherings are stopped before they are given the chance to materialise.”

Anyone with information on any future events should get in touch via @MerPolCC or contact @CrimestoppersUK completely anonymously. 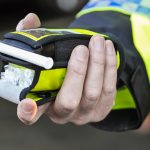 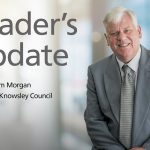