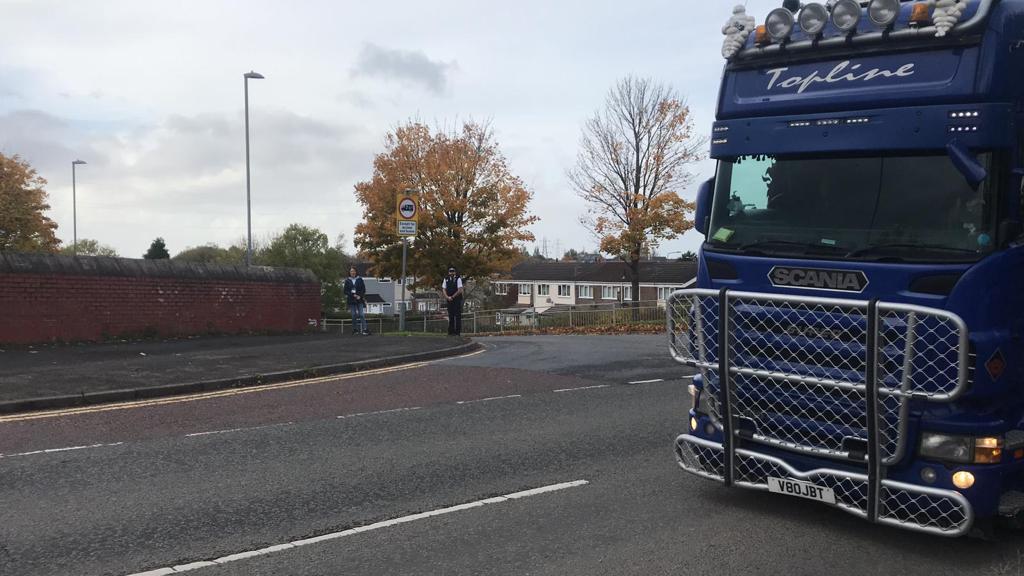 This action is a result of feedback from local residents and Knowsley Council ward members who reported vehicles are using Shevingtons Lane, Kirkby, between the junctions of Bank Lane and Pingwood Lane, in contravention of the Local Order that is in place.

The Local Order, which has been in place since 1998, imposes a 7.5 tonne maximum gross weight limit on vehicles using Shevingtons Lane, except for access and public transport.

Knowsley’s Crime and Communities Team in partnership with Merseyside Police issued letters to businesses in the area to make them aware of the stronger measures being introduced.

Cllr Shelley Powell, Cabinet Member for Neighbourhoods and Communities, said: “Despite clear sign posting and further engineering work by Knowsley Council to discourage offending, there have been continued reports of vehicles contravening the Local Order. To ensure the safety and quality of life for those affected by excessive noise caused by large commercial vehicles it is now necessary for us to work with Merseyside Police to take more robust action against those who are driving illegally.”

Merseyside Police officers will be targeting those drivers who ignore the weight restriction and will also prosecute for any other offences detected such as speeding. Drivers risk a fine plus penalty points if exceeding the 30-mph speed limit. Officers will also record and report all driving infringements involving large goods vehicles on Shevingtons Lane to the North West Traffic Commissioner for them to consider any action against operators or individual drivers and which could result in potential restrictions placed upon their Operator’s Licence.

Knowsley is asked to Remember from home