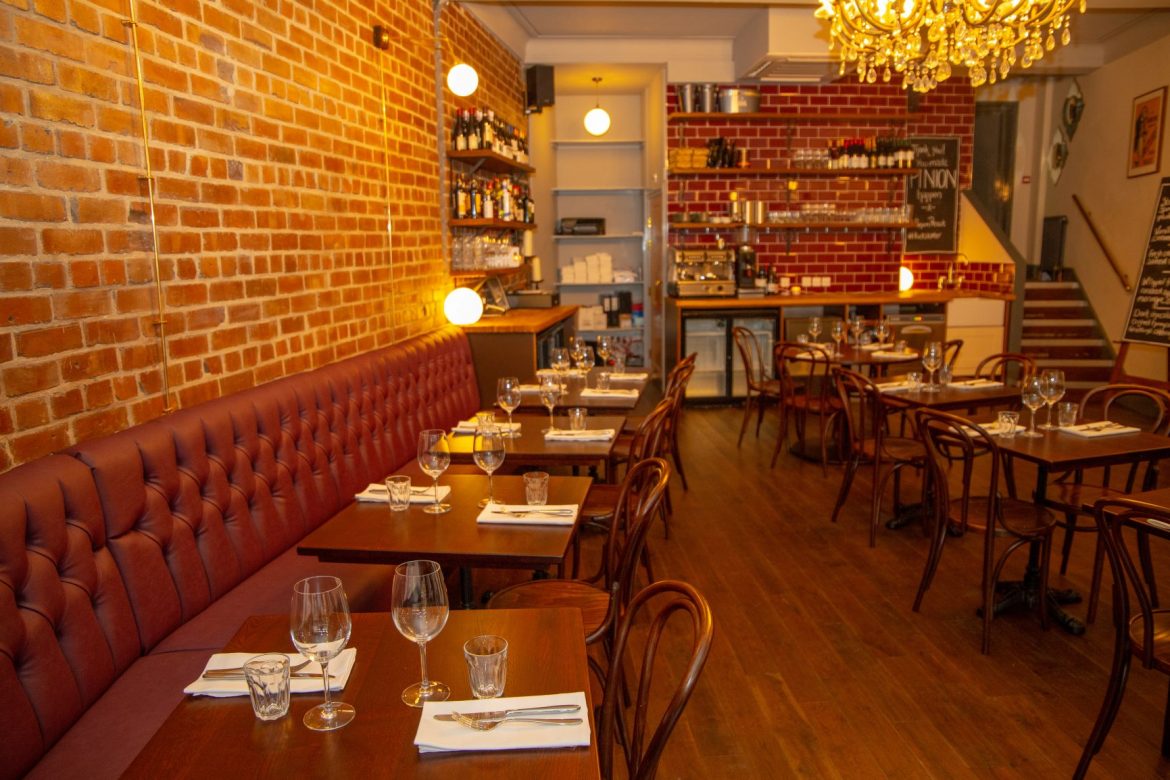 Excitement in Prescot continues to build as another new restaurant opens its doors.

Pinion Bistro on Eccleston Street, opened on Wednesday 26 September, following extraordinary support from local residents, businesses and people outside of the area.

In May 2018, renowned chef and entrepreneur, Gary Usher, launched a crowdfunding campaign to raise £50,000 in 24 hours to help launch his fifth restaurant. A total of 1,193 people pledged their support which raised £86,624 in 24 hours – reaching the original target of £50k in just 59 minutes!

Prescot joins Liverpool, Manchester, Chester and Wirral as the location of one of Gary Usher’s restaurants. All four feature in the Good Food Guide 2019 and two of which are named in the top 50 restaurants in the UK.

“The response we have received to Pinion has been incredible. As soon as I first visited Prescot and met some of the locals, I knew that we had to open a restaurant here and the feedback since has been incredible. Even when we were finishing off the build, we had people queuing up to see the menu or offer their help and when we opened reservations, we received over 500 bookings in the first afternoon.

We’re so pleased with how the shopfront looks and I’ve loved learning about Prescot, the history and heritage of the town during the build.”

“Pinion is the first new restaurant to open on Eccleston Street in around 30 years and there really has been a lot of excitement around it. It is wonderful to see the transformation of the building and to see the original features reinstated in such an impressive way.

“Prescot already has a number of great places to eat and drink and Pinion along with the other new bars and restaurants are enhancing this offer and helping to attract even more people into Prescot, making it a place that people want to visit and spend time.”

Numbers 35, 37 and 39 Eccleston Street were built around 1936 on the site of the Derby Arms pub and adjacent shops. The side walls of all three buildings are curved because they occupy a plot of land that was given its curved shape in the medieval period.

At number 39 these curved walls were boxed in to give regular shaped rooms, but they have now been re-exposed as an impressive feature wall in the restaurant.

All three buildings are all built in a ‘modern movement’ architectural style that was popular in the 1930s, using smooth brick surfaces, streamlined decoration and sleek materials such as steel and polished granite. 35, 37 and 39 Eccleston Street Prescot in 1966. Thanks to Julie Clark for the photo which was featured on the Manweb Remembered website.

The repair and restoration of the outside of 39 Eccleston Street was funded by Knowsley Council and the Prescot Townscape Heritage Initiative, which is supported by the Heritage Lottery Fund.  The bulk of the grant was spent on reinstating the steel and granite shopfront and steel windows upstairs, but the roof, gutters and brickwork have also been repaired.

The original 1930s Crittall steel windows survive at no.37 and windows to match these were reinstated in nos. 35 and 39 with new windows from Crittall – who are still in business all these decades later.

Crittall also supplied the steel shopfront for no.39 which was based on photo taken of the building in 1966 when it was occupied by Julian Swift Home Furnishings. The Pinion sign is like the historic photo with individual letters hung off two brass rails.

There are also plans to reinstate the clock above number 37 Eccleston Street based on the old photograph.

Photo of 35, 37 and 39 Eccleston Street Prescot in 1966 used with permission from Julie Clark, which was featured on the Manweb Remembered website.