Most recent
Households into Work support continues during the pandemic
Road safety: new normal, old rules
Coronavirus: What you need to know
Home Knowsley Council On the agenda at Council, 18 September On the agenda at Council, 18 September

Here’s our summary of what’s on the agenda.

Review of Polling Districts and Places

Members of the Council are also recommended to endorse the Scrutiny Annual Report which has been produced following consultation with each of the Scrutiny Committees. The report provides details of the function’s activity during 2018/19. In particular, the report highlights the Committees’ task and finish review activity and the impact of scrutiny’s previous work.

Council will be asked to approve changes to the Members’ Code of Conduct and complaints procedure. The changes follow a report from The Committee for Standards in Public Life which outlined examples of good practice, including prohibitions on bullying and harassment, as well as requiring councillors to comply with any formal standards investigations and prohibiting trivial or malicious allegations among members. It is proposed that both of these will be incorporated into the council’s Code of Conduct.

Council will consider a Notice of Motion to endorse UNISON’s development of the “Violence at Work Charter”, encouraging employers to take their duty of care to staff seriously.

Council will consider a Notice of Motion regarding low pay which looks to support the GMB’s campaign for pay justice. Council will resolve to call on the Local Government Association to make representations to the Government to fund such a fair and just pay award for local government workers and resolve to write to the Prime Minister and the Chancellor of the Exchequer to seek additional funding to fund a fair and just pay award for local government workers. The motion also seeks to notify the GMB and all of the Council’s Single Status unions of the Council’s support for this campaign and the support measures set out in this notice of motion and encourage all local government workers to join a trade union.

Read more detail about the items on the agenda

You can read the full agenda and Council papers on the council’s website.

On the agenda at Council, 18 September was last modified: September 18th, 2019 by Gemma Melling 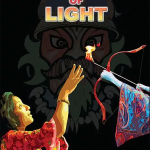