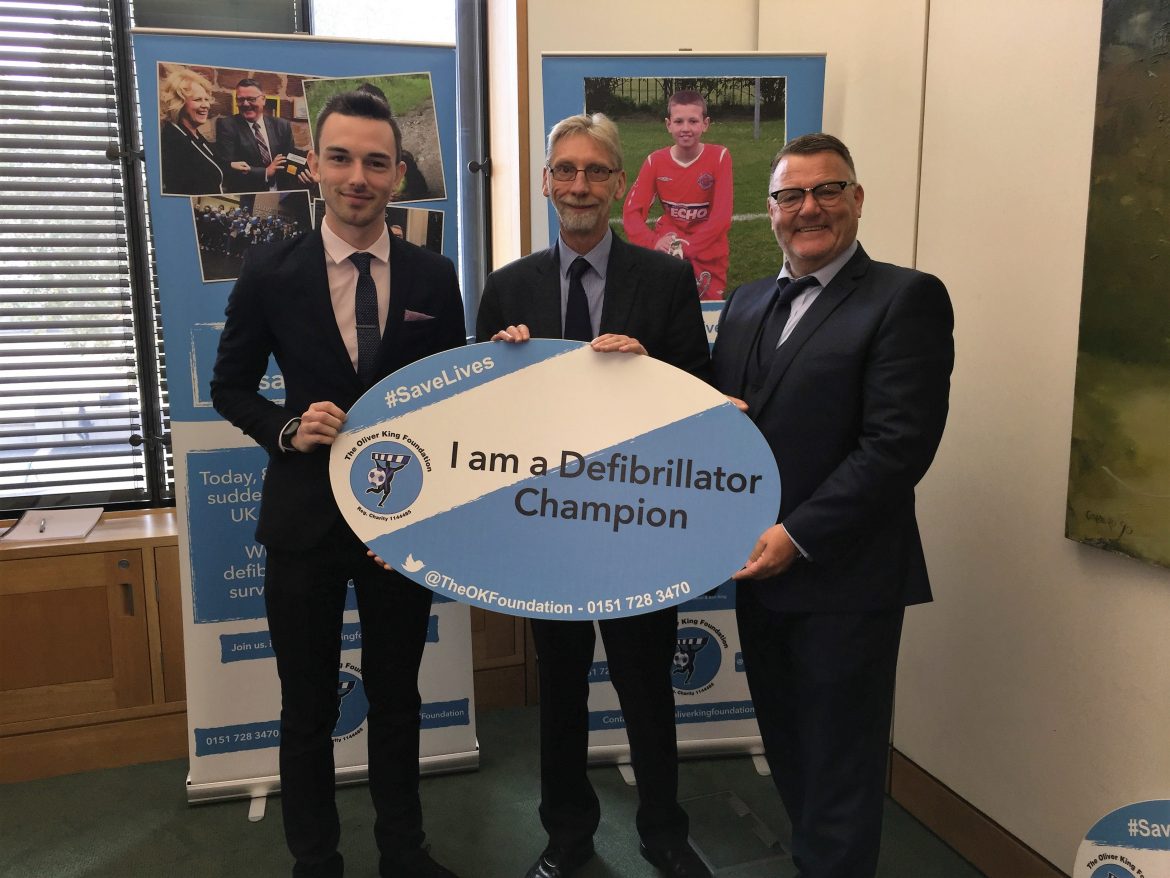 Thanks to quick-thinking staff who had been trained to use and had access to a defibrillator at The Prescot School, a man’s life was saved when he suffered a heart attack whilst playing bowls at the school.

Launched five years ago, The Oliver King Foundation has equipped more than 1,000 schools and sports facilities with life-saving defibrillators, including The Prescot School.  These defibrillators are now responsible for saving 12 lives across the country.

Knowsley MP, The Rt Hon George Howarth and defibrillator champion was at The Prescot School when the defibrillator was installed and said: “It is so heart-warming to see a positive result that has literally saved a life: proof that having proper staff training and a defibrillator available is hugely important. All credit to the Oliver King Foundation.”

The Oliver King Foundation was set up in memory of Oliver King, a 12-year-old boy from Liverpool who died of Sudden Arrhythmic Death Syndrome (SADS) when he was swimming. SADS, a hidden heart condition that can affect the healthiest of people, kills 12 people under the age of 35 every week in the UK.

As well as installing defibrillators across the Liverpool City Region and other parts of the country, the foundation has trained thousands of people on how to use a defibrillator and perform first aid. The foundation also raises awareness of SADS and campaigns for electrocardiogram (ECG) tests for over 12’s – a test that checks for problems with the electrical activity of the heart.

This isn’t the first time that the importance of defibrillators being installed in public places has been recognised in Knowsley – just last month, a man’s life was saved at Knowsley Leisure and Culture Park after collapsing while playing badminton.