Home Lifestyle and what's onBorough of Culture Not your average Knowsley Safari! 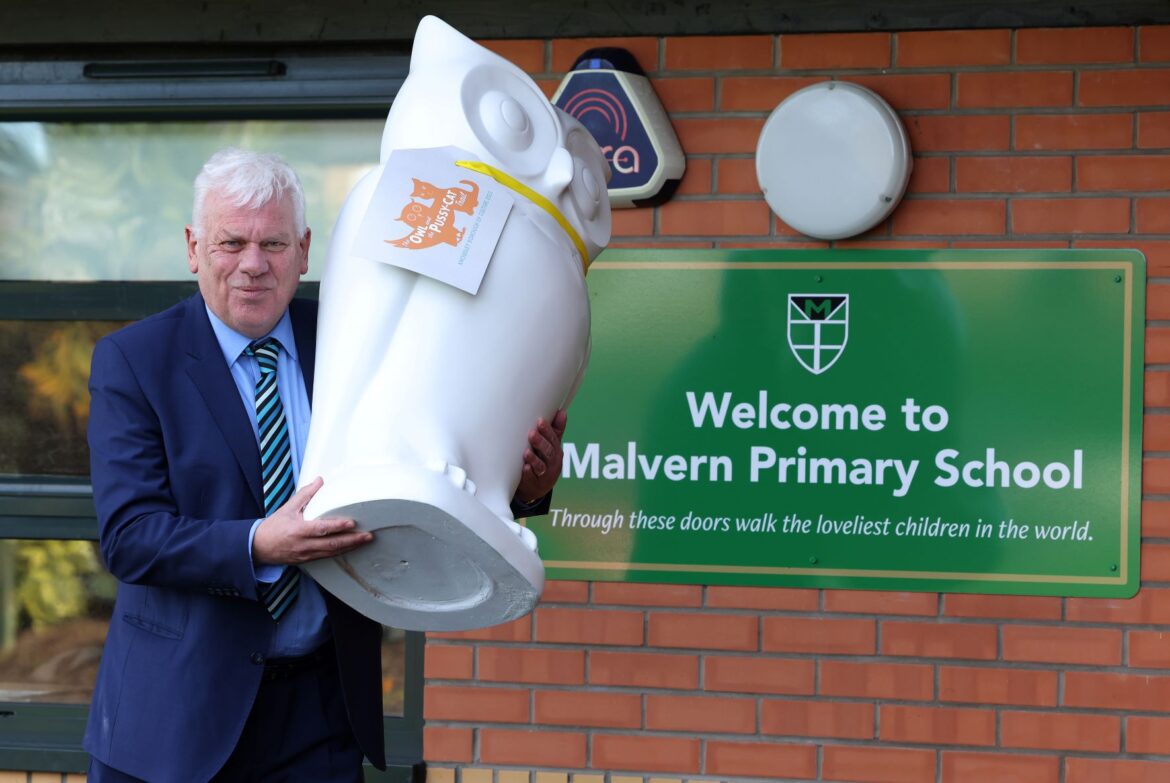 Not your average Knowsley Safari!

Hundreds of school children across Knowsley were surprised by some special visitors this week, as 47 owls and pussy-cats were delivered to schools across the Borough.

It is all part of Knowsley’s Owl & Pussy-Cat project, that celebrates the world famous poem, that was actually written in Knowsley by Edward Lear. During the summer months 32, 8-foot-high owls and pussy-cats will feature in a borough wide trail and in addition a number of smaller versions of the sculptures have also been created and nearly 50 Knowsley schools have signed up to give the animals a home.

This week, they took delivery of their very own owls and pussy-cats to decorate and display – with some even being hand delivered by Knowsley Council’s Cabinet Members.

Cllr Graham Morgan, Leader of the Council was on hand to help out, making a special delivery to Malvern Primary School in Huyton, he said:

“We are so excited to see our Owl & Pussy-Cat trail come to life later on in the year and what better way for our young people to get involved than to have their very own mini versions of this amazing creatures to decorate and enjoy. To see the kids’ reactions today was a real treat and it certainly brought smiles to the faces of everyone involved.

“It is wonderful to think that this world-famous poem was actually written in Knowsley and that a whole new generation and young people will be able to celebrate this during our year as the Liverpool City Region Borough of Culture.”

“The children are so excited to be involved in this project and can’t wait to get started decorating. They have got lots of great ideas and it’s something that has really got the whole school community talking! How great is it that such a famous poem was written here in Knowsley and that we all get to celebrate that fact in such a fun and creative way.”

The sculptures have all been created by Wild in Art who are working with Knowsley Council on this exciting project.

The children will now work on their own unique designs for the mini sculptures which will be decorated over the coming months.

“Each school will be doing something different with their sculptures and I can’t wait to see the end results! I am sure we will be bowled over by the creativity of our children and young people and the wonderful and unique ideas that they come up with.”

Not your average Knowsley Safari!

The Owl & the Pussy-Cat sculpture trail and schools project is all part of Knowsley’s celebrations as the Liverpool City Region Borough of Culture in 2022.

A list of participating schools can be found here.