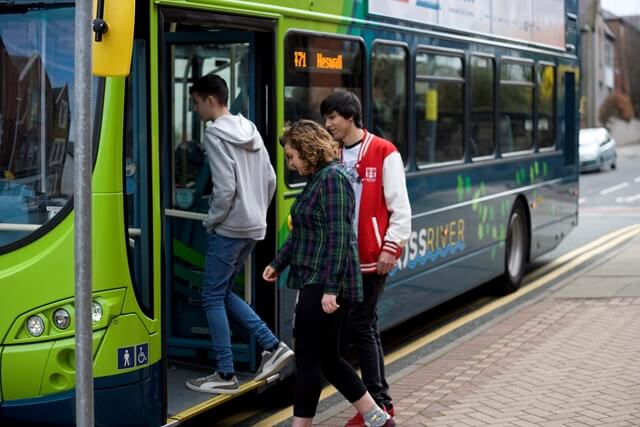 Nearly half a million pounds worth of funding to support the development of green bus corridors and the city region’s cycling and walking network has been given the green light by the Combined Authority.

Up to £465,000 of the Transforming Cities Fund (which is now part of the Strategic Investment Fund – SIF) has been allocated to allow work to go ahead on these schemes.

£250,000 will allow Merseytravel to produce an outline design for six cycling and walking corridors within the wider Liverpool City Region Cycle Network.

This is a further contribution to the development of a network of 30 key walking and cycling routes, totalling 600km, over the next 10 years. It follows the Combined Authority’s approval of £8.3m of funding for the first 55km phase in December.

“This year marks the Year of the Environment so what better time to use this opportunity to extend our walking and cycling routes further and encourage more healthy forms of travel.

The work on our green bus routes will make it easier for people to get out of their cars and use our transport network while lowering levels of congestion, reducing emissions and improving air quality as we promised.

“Devolution gives us the powers to choose the right infrastructure and the best technological enhancements for our city region ensuring that it is as accessible as possible.”

The approach to green bus corridors is part of a broader project that sees Merseytravel working with Knowsley, Liverpool, Sefton and St Helens Councils in the Liverpool City Region and a steering group has been established to take the development work forward.

“I’m delighted that Knowsley is benefitting from this funding which will help to improve accessibility of public transport whilst also meeting the needs of our local residents and businesses around a number of key locations including Page Moss and Prescot, which will be home to the Shakespeare North Playhouse over the coming years.  This funding will also be used to improve cycling and pedestrian routes across Knowsley and the wider Liverpool City Region to meet demand as well as promoting accessibility around the borough.”

80% of the public transport journeys across the Liverpool City Region are by bus with 14% of commuter journeys by bus. These projects aim to address ways in which the commuter journey by bus can be improved, encouraging more people to consider the bus as an option, and increase the interconnectivity between walking, cycling and bus routes.

Improving reliability and punctuality, as well as better transport integration are key focuses of the Liverpool City Region Bus Alliance – a partnership between Merseytravel, Arriva and Stagecoach, to encourage more people to consider taking the bus.

This includes improving traffic flow to speed up bus journeys, providing traffic signal upgrades to prioritise buses and considering the introduction of a range of innovative cycle infrastructure measures such as Dutch style roundabouts.

New Coffee House to open its doors in Huyton