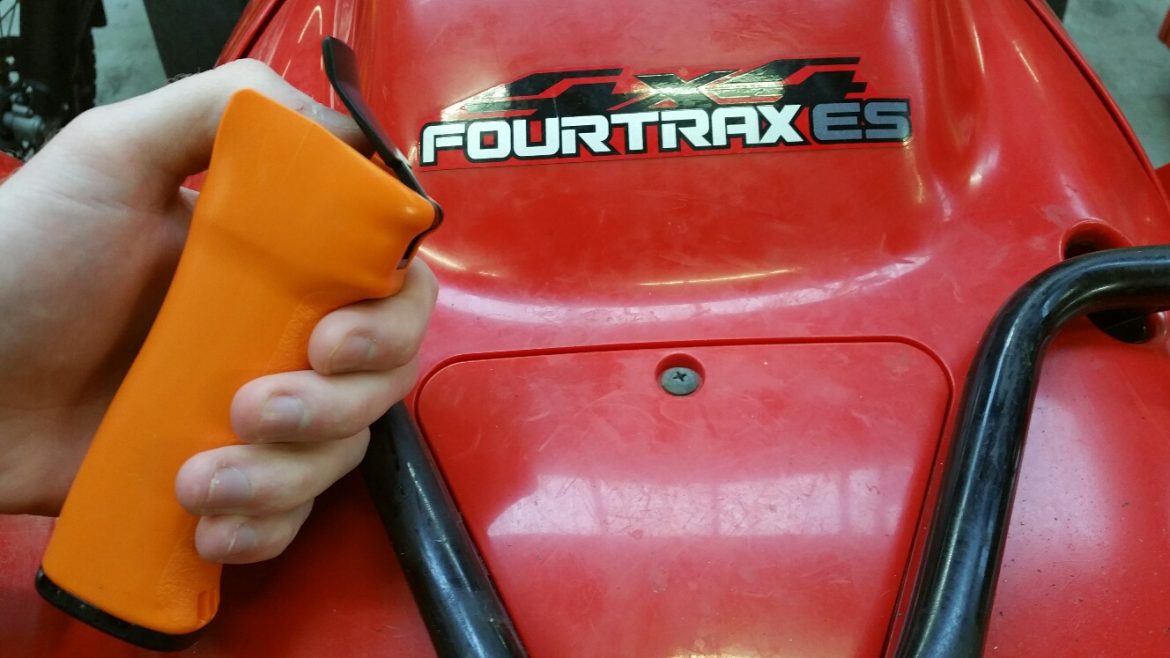 Anti-social behaviour through vehicle misuse was identified as a key priority in Knowsley following a consultation to develop the Community Safety Plan for 2017-2020.

As a result, the council and partners including the Police and housing providers, have been working together to address this priority issue.

As part of this work, the council’s Safer Communities team has funded a DNA spray to help to identify those responsible for vehicle misuse, particularly the anti-social use of bikes (include quad and scrambler bikes).

The spray can be used by Police Officers and Police Community Support officers when attending an incident who spray on clothing and bikes. This can remain on the clothing or bike for weeks and months, which will help to link an offender to a crime even months after the incident.  The spray is an invisible solution, so the offender may not even be aware that they or their bike have been ‘sprayed’, however it is an important piece of evidence that can be used in prosecutions.

The solution contains a unique DNA code that is registered to the user and location. Police use an ultraviolet light to locate marked areas of skin, clothing or vehicles immediately linking the offender to a crime.

Cllr Eddie Connor, Cabinet Member for Neighbourhoods, said “We know that the anti-social use of vehicles, particularly scrambler bikes, is an issue for our communities and we are working with our partners to combat this issue using a range of tools and powers. This includes arrests and prosecutions, targeted policing initiatives which have resulted in vehicles being seized, tenancy enforcement action, CCTV monitoring along with new tools including this DNA spray. The new spray is now being used by our local policing team to help combat this issue in our neighbourhoods and bring offenders to justice.”

Local Policing Chief Inspector Tami Gavey-Jones, added: “Almost 200 scrambler / quad bikes have been seized in Knowsley in a year and we will continue to take robust action against those riding bikes in an anti-social manner. Information for local communities is vital and I would urge anyone with information about those riding bikes anti-socially and where they are stored to contact the police.”

Aldi working on new Store at Cables Way in Prescot